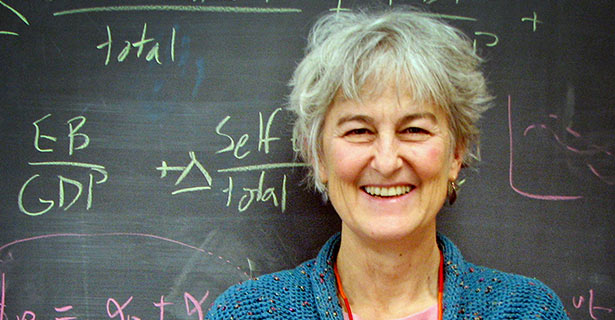 In Nancy Folbre’s wide-ranging career, she has fruitfully melded many traditions and shed light on areas usually ignored in economic thinking. Her work as an activist and a scholar has been valuable in the context of both political struggles and academic economics. She has helped widen the lens of economic thinking and set up the basis for a robust feminist political economy. For example, her work at the Center for Popular Economics and other venues has been critical in empowering activists to understand how the economy functions.

Folbre’s work is inspired by radical traditions such as Marxism as well as more standard mainstream approaches—both of which she argues provide an inadequate explanation of critical human functions such as care work. Over decades, she has sought to provide better analyses of human social reproduction and labor in such classic books as Who Pays for the Kids, The Invisible Heart, and Valuing Children (for a catalog of her work see here). For this and other work, she was awarded a MacArthur Foundation “genius grant” in 1998, as well as the Leontief Award in 2004.

In this INET interview, Folbre speaks about her introduction to political and social enquiry, the development of her social consciousness: