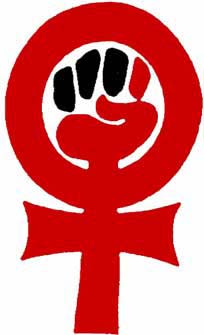 In March 2015 over 500 scholars and activists participated in the first international Marxist-Feminist conference in Berlin exploring topics such as neoliberalism, intersectionality and social reproduction. The Second International Marxist-Feminist Conference took place in Vienna in 2016 under the title: Building Bridges – Shifting and Strengthening Visions – Exploring alternatives. It had the same number of participants but was more international with attendees from 29 countries from 6 continents. Discussions focused on concepts such as labour and care-work, intersectionality, new materialism, and ecofeminism, as well as Marxist-Feminist analyses of motherhood, fundamentalism, racism, education, and many others. Activists and researchers from Brazil, Turkey, Argentina, South Africa, the USA, and a number of European countries presented the different ways in which Marxist or Socialist Feminists organise under diverse conditions.

Like the organizers of the first conference, the organizers of the second received much positive feedback but also criticisms for having a programme that was too dense and did not allow for participation of everybody who was present. As a result, a larger group of participants and organizers convened in Germany in May 2017 and after a two days’ discussion decided to substantially change the format of the next conference.

Instead of hosting sessions where papers are presented and then followed by discussion limited to a small number of comments or questions from the ‘public’, we intend to organise a conference in which the projects and papers presented are further developed collectively. In this way, we would break up the dichotomy between ‘presenter’ and ‘audience’ and at the same time expand methods of learning, teaching and social transformation. Therefore, we propose a format where we have a limited number of keynote papers by speakers invited to speak on the conference theme of social reproduction. These sessions will be open to the wider public in the university and the city of Lund. However, the conference will predominantly consist in participatory workshops where we take as our point of departure that everybody is an intellectual and that we need to find ways of transforming our lives and our world.

One example for such a participatory method, which will be showcased at the conference, is what Frigga Haug calls a ‘Politicised Memory work’. Within memory work two points are decisive: the researcher is included as a subject in the research herself, she is one among other participants; during the discussion in the workshop participants explore the decisive contradiction in their field of research, which will drive the process of understanding and knowledge production further.

The workshop is organised by three researchers/students, two presenting the subject of the workshop and one taking minutes. One has prepared a short paper (not more than three pages) in which the research question and its relevance is explained. Everybody in the workshop gets this paper and reads it in advance. The second person interviews the first as to the research method, the inclusion of the researcher herself and her ideas and as to first results and planned procedure, doubts, gaps, contradictions, etc. The exchange between these two organisers is limited to 15 minutes. After this, the discussion goes to all the workshop members, who reflect on the proposed research project, its advantages and possibilities. They discuss among each other, without the intervention of the organisers. In this way, the collective knowledge of as many participants as possible can be garnered in a short time. This can advance the project in question as well as the understanding of all participants. This discussion should not take longer than 50 minutes. After this, it is time for the organisers to discuss what they have learned from the discussion of the reflecting group. The group then summarises its findings and agrees the points that should be presented at a final event, where all the ideas, solutions, perspectives developed in the workshops come together and generate new perspectives and probably new solutions, which can be useful for all.

Other workshops are encouraged and invited to work with other methods for participatory learning and researching, like the Theatre of the Oppressed by Augusto Boal, games, non-verbal discussions, fishbowl, body-work, etc. We invite scholars and activists to suggest workshops using the method they prefer and have used successfully. Each workshop has one hour and a half at its disposal.

Themes of the Conference

Feminist scholarship has increasingly returned to focus on capitalism for an exploration of how gender regimes operate globally. Both scholarly work and activist knowledge production show a revitalization of the tradition of Marxist-Feminist thought through a critical dialogue with indigenous, Black and queer inspired feminist traditions.

The main experience haunting feminist Marxists today (and not only them) is the experience of crisis. Forced migration and widening inequality across and within countries in the north and south are the most palatable manifestations of a human crisis. The crisis of nature is visible in an ever-increasing number of natural catastrophes, which hit predominantly poor and vulnerable populations. The related economic crisis is analysed under the notion of ‘financialisation’, which aims to emphasise intensified profiteering and inequality during this phase of neo-liberal capitalism.The legacy of the economic crisis is one of ‘permanent austerity’. While vulnerabilities abound, the possibilities to care for those who are most vulnerable are decreasing, rather than broadening – a process analysed by feminists as the crisis of care. Whether these crises have different causes and feed off each other, or whether they are seen as different facets of one and the same crisis is an open debate. What we can observe though, is that they lead to the strengthening of conservative, nationalist, racist, and misogynist movements across the globe.

Thus, one of the central questions we as Marxist-Feminists have to answer is how we can stem this tide of increasing right-wing radicalism and translate those crises into Marxist-Feminist strategies for a transformation of ourselves and the world, two processes, which, as Marx formulated, constitute two sides of the same coin:

We think that the method we suggest for this third Marxist-Feminist Conference is appropriate, or maybe even necessary for the task lying ahead, namely transforming ourselves and transforming the world.

This broad call can be broken down into a wide number of sub (and related)-themes, of which we name but a few:

The conference organizers invite submissions for workshops related the topics of multiple crisis, the right wing xenophobic backlash and practices and visions of democratic and inclusive social transformation (s). Proposals should be 300 words long and should include a question, or a theme and a method. The proposals should also indicate the names, affiliation and e-mail addresses of the organizers.

The main languages of the conference will be Swedish and English. However, we will be working to enable translations in all workshops into and from different languages wherever possible. To enable this, we would like to ask all participants to note the languages from and to which they could translate.

Decisions about submissions: end of April 2018

Please send your submissions to all the three organisers: