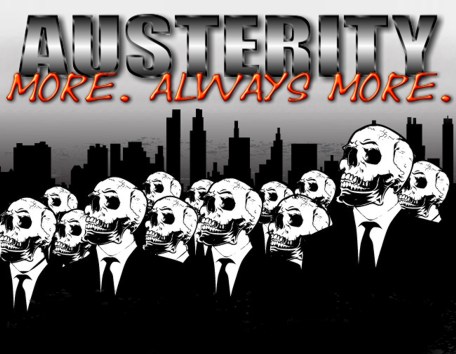 Drugs and much of the food we eat are required to carry health warnings.  It is unfortunate that the authorities do not set a similar requirement for economic journalism.  In today’s Financial Times (10 October), the reader encounters an article with the title “UK public finances near bottom of IMF league table”.  Taken literally this title would cause alarm, since the membership of the IMF currently stands at 189, implying that our country would be found below at least 95 others.

Delving into the article, though, the reader discovers that this putative league table is not a triple digits list, but rather features only 12 contestants (with the top two countries, Norway and Russia, both being petroleum rich).   A second surprise would come upon encountering the “public finances” addressed in the article.  A reasonably informed reader would assume that this term carried its usual meaning of public spending, taxation, the balance between them and the public debt.

Had the article referred to these, it might have shown the following diagram.  It would have caused some puzzlement, because it shows that the fiscal balance has declined continuously since 2009/10 and, as a result, the net public debt levelled off, then began fall after 2014/15.  By these, the common measures, the UK numbers would have been found close to the top of the same 12 country “league table”.

The reader would have suffered more surprise, because the “public finances” in question involved quite unfamiliar concepts – “national assets”, “national liabilities” and “national net worth”.  The first table in the article informs the reader that “the UK’s long term fiscal position is weak by international standards”, a somewhat sweeping generalization for a selection of 12 countries, especially since the table shows the net worth measure for the German government is hardly different from the British and inferior to French.

These measures are central to a long term ideological project of the IMF, going back at least to the Asian Financial Crisis 20 years ago, to treat government finances as if they were corporate finances. (I discuss this in Chapter 7 of Confronting Global Neoliberalism (2009)).  While not as obviously ideological as the household budget analogy of Thatcher and Merkel, it is equally pernicious.  The FT article blandly states the central conclusion of the government-as-corporation approach: “Countries with deep negative net worth are likely to have to tax more heavily and run budget surpluses to bring assets back into line with liabilities.”

We would find it difficult to find a more all-purpose justification for perpetual fiscal austerity, one that the current and future Tory Chancellors will have at hand should anyone argue that near zero borrowing and a falling debt ratio make austerity unnecessary.  The reactionary reply comes quickly – “the IMF shows that our national balance sheet is extremely weak”.

The inquiring and sceptical reader would search the article in vain for a link to the putative IMF study or to an explanation of national assets and liabilities (the closest it would be able find is an article on the IMF blog).  The essence of the government-as-corporation approach is to treat every outstanding public spending commitment and every publicly guaranteed loan as if must be repaid immediately.  Two examples demonstrate he absurdity of this approach: 1) public pension commitments are treated as liabilities to the end of their actuarial calculation, but only current contributions enter the asset flow; and 2) all government-guaranteed investment borrowing (including 100% of public-private partnership investments) enters as a liability, but the asset that borrowing will create does not enter the other side of the balance sheet.

It is possible that the FT article on the IMF “league table” arrives by accident in the run-up to the autumn budget statement.  If so it is quite convenient, laying the ground for further Tory austerity.  More importantly, unless rejected at the outset, it could serve as a fresh ideological cliché to carry the austerity message. Out with the decreasingly credible “governments are like households” and in with a new version – “governments, like corporations, must maintain their net worth”.  Be confident that the same forces that brought us austerity will use the new cliché to constrain any progressive Chancellor who replaces the current Tory resident of #11 Downing Street.

The British government is not a household, even less a corporation.  It is fundamentally different, the collective expression of a democratic society.  Its analysis and management should reflect that fundamental difference.  The night before the FT article, Will Hutton in the second PEF sponsored public lecture cut to the core of that difference in his conclusion, telling his audience that our new government, free of austerity, can act aggressively to “change Britain” through bold public investment.