A Primer on Credit Money 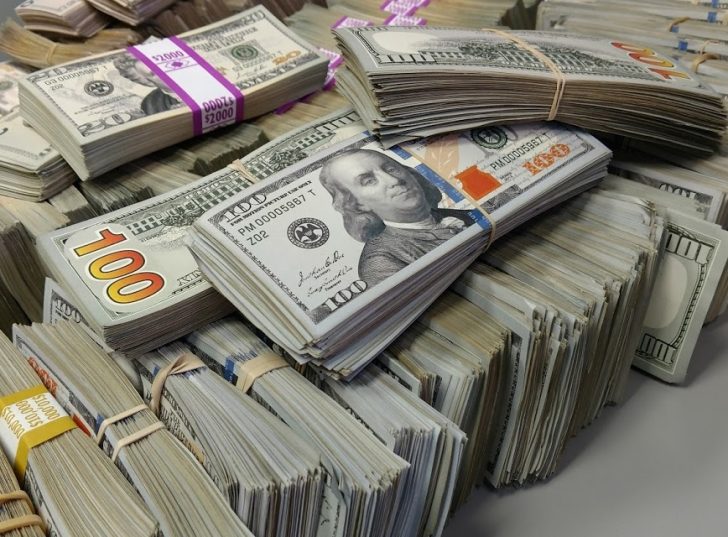 Money cannot be understood as an epiphenomenon, whereby economic power and economic organization are conceptualized entirely in terms of production and exchange alone.  Money is the ‘father of private property’ (Weber, [1923] 1961:179) and, is ‘the headquarters of the capitalist system’ (Schumpeter, [1911] 2008). The process by which financial institutions supply credit allows capitalists to have access to debt irrespective of savings out of profits. Necessary amounts of credit to be advanced by capitalists for the production and realization of profit are determined by real levels of economic activity, i.e. effective demand.

“Finance” has nothing to do with saving. At the “financial” stage of the proceedings [to invest] no net saving has taken place on anyone’s part, just as there has been no net investment. “Finance” and commitments to finance” are mere book entries, which allow entrepreneurs to go ahead with assurance

Holders of general purchasing power possess credits that can be transmitted for the purchase of goods and the cancellation of debts. The credits are emitted as liabilities (debt) by issuers (banks), and these are promises of deferred payment/settlement that constitute a secure financial asset to facilitate the functioning of real economic activity. The availability of credit enables the taking of positions with regard to investment and the buying and selling of commodities. This ‘elasticity’ of capitalist production is a monetary social space that provides the abstract social expression of capitalist social relations (Ingham, 1996).

Credit is the pavement along which production travels and the bankers if they knew their duty, would provide the transport facilities to just the extent it is required in order that the productive powers of the community can be employed at full employment.

In this sense, what is at hand is a complex financial system, in which the role of credit offers capitalists absolute command over property (Marx, 1894: 570); “money business” is separated from “commerce proper” (Marx, 1894: 151). This is a manifestation, using Marx’s reproductive schema, of M – M’ (Marx, 1894, 391-392), which is set in motion when quantities of credit are adjusted to rates of capital accumulation. Hence, “a devaluation of credit […] would destroy all existing relationships […” (Marx, 1894: 649). Credit is the mechanism in the expansion and reproduction of capitalist production, a cumulative process that augments the formation of monetary hoards and sets in motion the further expansion of credit (Lucarelli, 2010).

[…] It is evident that […] as long as a bank’s credit is not undermined, it can alleviate panic [as a result of investment de-valorization] […] by increasing its credit money, whereas it increases this panic by contracting credit.

As soon as the ‘industrial’ capitalist employs his borrowed capital in the sphere of production to generate the profits of enterprise, the interest bearing capital is transformed into productive capital. The interest-bearing capital then appears as money capital since it is employed in the process of production through the purchasing of necessary resources, “the creation of purchasing power” (Kalecki, 1990: 190), which actual capitalist production necessitates, thus constituting the totality of the following Marxian formulation:

where M* denotes the interest-bearing capital of the financier which is lent to the industrial capitalist, and is eventually converted into M*’ at the end of the circuit, which is the payment of interest to the financier out of realized profits M’. The relation appears antagonistic (i.e. intra-class conflict), because what the industrial capitalist, working on credit, earns is not gross profit but gross profit minus the interest he has to pay financiers (Panico, 1980). Financial profits, hence, are simply a transfer of a part of the total profits created in production to the banking sector (Bakir and Campbell, 2010).

Rates of interest thus regulate gross profits, and the presence of financial instruments makes it so that the actual center of distributive conflict in capitalism does not necessarily lie at the point of production, but is governed by a conventionally-determined exogenous variable that reflects the power of credit.

Fluctuations in the [economic activity] are tightly linked with changes in the rate of interest.

[…] if this rate [of interest] were to increase sufficiently fast for the influence of the increase in gross profitability to be fully offset, an [investment] upswing would prove impossible.

High rates of interest, for instance, would induce industrial capitalists to prefer short-termism instead of long-term productive real investment, since access to credit is expensive. The social cost of this speculative strategy is, invariably, the process of nominal wage suppression.

Altogether, we can conclude that money is a social relationship of credit, and its creation is requisite for the stabilization and expansion of economic activity. It is the nature of finance that captures the inherent ontological specificity of capitalism (Ingham, 2006).

Hein, E. (2006): “Money, interest, and capital accumulation in Karl Marx’s economics: a monetary interpretation and some similarities to post-Keynesian approaches”, European Journal of the History of Economic Thought, 13(1): 113-140