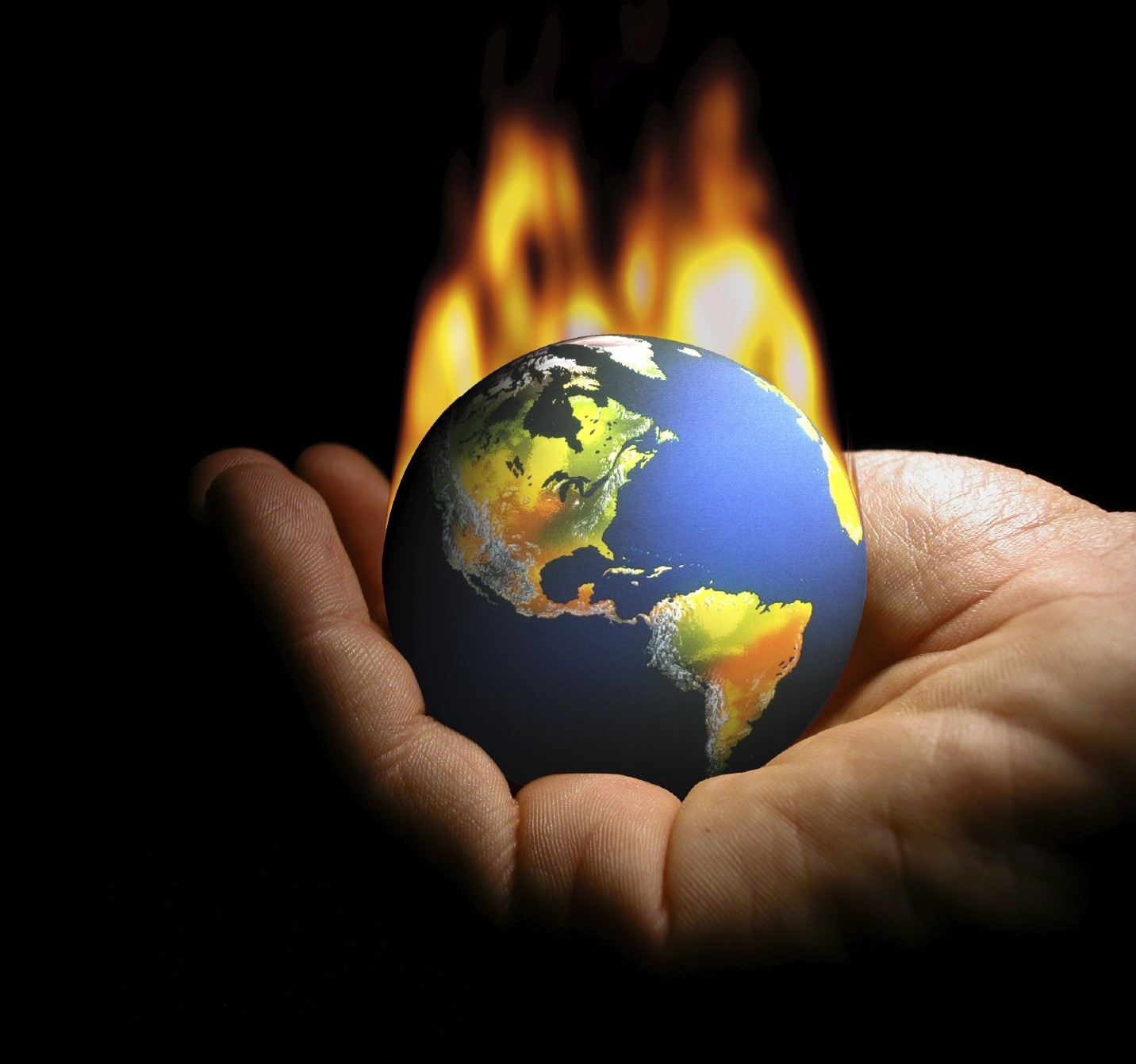 By Anne Rumberger
With Donald Trump’s nomination of climate change denialist Scott Pruitt to head the Environmental Protection Agency, it’s expected that any environmental gains made under Obama will be threatened and activists will be called on to more vigorously fight against the capitalists destroying our planet.
It is becoming increasingly evident that global warming is fundamentally linked to the regime of capital accumulation – a fact that no major government is willing to confront. How then should we think through such looming climate catastrophe? Here we present a reading list which aims to tackle one of the greatest issues facing us today:

How Did We Get Into This Mess?: Politics, Equality, Nature by George Monbiot

George Monbiot is one of the most vocal, and eloquent, critics of the current consensus. How Did We Get into this Mess?, based on his powerful journalism, assesses the state we are now in: the devastation of the natural world, the crisis of inequality, the corporate takeover of nature, our obsessions with growth and profit and the decline of the political debate over what to do.
Violent Borders: Refugees and the Right to Move by Reece Jones
Forty thousand people died trying to cross international borders in the past decade, with the high-profile deaths along the shores of Europe only accounting for half of the grisly total.  Reece Jones argues that these deaths are not exceptional, but rather the result of state attempts to contain populations and control access to resources and opportunities. With the growth of borders and resource enclosures, the deaths of migrants in search of a better life are intimately connected to climate change, environmental degradation, and the growth of global wealth inequality.
Fossil Capital: The Rise of Steam Power and the Roots of Global Warming by Andreas Malm
How did capital’s insatiable addiction to the burning of fossil fuels begin? Andreas Malm’s masterful new historical study charts the rise of fossil capital from its origins in the development of steam power to drive the burgeoning cotton industry in nineteenth century Britain to contemporary China’s emisions explosion. Malm shows that it is the logic of capital, and not industrialism per se, that has driven us to the brink of climate catastrophe, and that a solution can only be sought in the overthrow of the current economic order.
Capitalism in the Web of Life: Ecology and the Accumulation of Capital by Jason W. Moore
Jason W. Moore’s groundbreaking Capitalism in the Web of Life aims to skewer the nature/society dualism that has prevailed in so much radical thought – whether red or green. Instead, Moore takes Capitalism not simply as an economic system but as a way of organising nature.
Bringing together the contemporary crises of food, climate and finance into a masterful synthesis, Moore fundamentally refashions the way we see nature and human interactions with it.
Molecular Red: Theory for the Anthropocene by McKenzie Wark
Wark’s Molecular Red is a search for the new philosophical tools that we need to confront the Anthropocene – the new geological era of man-made climate change. Wark explores the implications of Anthropocene through the story of two empires, the Soviet and then the American. The fall of the former prefigures that of the latter. From the ruins of these mighty histories, Wark salvages ideas to help us picture what kind of worlds collective labor might yet build.
The Shock of the Anthropocene: The Earth, History and Us by Christophe Bonneuil and Jean-Baptiste Fressoz
Scientists tell us that the Earth has entered a new epoch: the Anthropocene. We are not facing simply an environmental crisis, but a geological revolution of human origin. In two centuries, our planet has tipped into a state unknown for millions of years. How did we get to this point?
Refuting the convenient view of a “human species” that upset the Earth system unaware of what it was doing, The Shock of the Anthropocene proposes a new account of modernity that shakes up many accepted ideas: on the supposedly recent date of “environmental awareness,” on previous challenges to industrialism, on the manufacture of consumerism and the energy “transition,” as well as on the role of the military in environmental destruction.
Carbon Democracy: Political Power in the Age of Oil by Timothy Mitchell
Does oil wealth lead to political poverty? It often looks that way, but Carbon Democracy tells a more complex story. In this magisterial study, Timothy Mitchell rethinks the history of energy, bringing into his grasp as he does so environmental politics, the struggle for democracy, and the place of the Middle East in the modern world.
Living in the End Times by Slavoj Žižek
There should no longer be any doubt: global capitalism is fast approaching its terminal crisis. Slavoj Žižek has identified the four horsemen of this coming apocalypse: the worldwide ecological crisis; imbalances within the economic system; the biogenetic revolution; and exploding social divisions and ruptures. But, he asks, if the end of capitalism seems to many like the end of the world, how is it possible for Western society to face up to the end times?
Green Gone Wrong: Dispatches from the Front Lines of Eco-Capitalism by Heather Rogers

Faced with climate change, many counsel “going green,” encouraging us to buy organic food or a “clean” car, for example. But can we rely on consumerism to provide a solution to the very problems it has helped cause? Heather Rogers travels from Paraguay to Indonesia, via the Hudson Valley, Detroit, and Germany’s Black Forest, to investigate green capitalism, and argues for solutions that are not mere palliatives or distractions, but ways of engaging with how we live and the kind of world we want to live in.
Capitalism, Socialism, Ecology by André Gorz
In Capitalism, Socialism, Ecology, Andre Gorz expands on the political implications of his prescient and influential Paths to Paradise and Critique of Economic Reason. Against the background of technological developments which have transformed the nature of work and the structure of the workforce, Gorz explores the political agendas facing both left and right.  The crises of work and climate must force new ways of organising politically, as well as a reconfiguration of utopian demands.
I’m With the Bears: Short Stories from a Damaged Planet edited by Mark Martin
The size and severity of the global climate crisis is such that even the most committed environmentalists can drift into a state of denial. The award-winning writers collected here have made it their task to shake off this nagging disbelief, bringing the incomprehensible within our grasp and shaping an emotional response to mankind’s unwitting creation of a tough new planet. From T. C. Boyle’s account of early eco-activists, to Nathaniel Rich’s comic fantasy about a marine biologist haunted by his youth, and David Mitchell’s vision of a near future where oil sells for $800 a barrel—these ten provocative, occasionally chilling, sometimes satirical stories bring a human reality to disasters of inhuman proportions.
The Secret World of Oil by Ken Silverstein
Oil is the lifeblood of modern capitalism – but how does the oil industry function? Based on trips to New York, Houston, New Orleans, Paris, Geneva, and Phnom Penh, among other far-flung locales, The Secret World of Oil includes up-close portraits of Louisiana oilmen and their political handlers; an urbane, captivating London fixer; and an oil dictator’s playboy son who had to choose among more than three dozen luxury vehicles before heading out to party in Los Angeles. Both an entertaining global travelogue and a major work of investigative reporting into the dark heart of fossil capital.The Oil Road: Journeys from the Caspian Sea to the City of London by James Marriott and Mika Minio-Paluello
A unique journey from the oil fields of the Caspian Sea to the refineries and financial centres of Northern Europe, James Marriott and Mika Minio-Paluello track the concealed routes along which flows the lifeblood of our economy.
The Lamentations of Zeno: A Novel by Ilija Trojanow
A literary fiction about climate disaster and a scientist imploding on a journey to the Antarctic from one of contemporary Germany’s most celebrated writers.
German glacier expert Zeno Hintermeier is taking his last voyage to the Antarctic as a lecturer on board an international cruise ship. He attends to the curiosity of a privileged few as they marvel at the least explored continent and pay witness to its rapid degradation. In his early sixties, Zeno mourns the loss of his beloved glaciers, the disintegration of his loveless marriage, and the crumbling of his increasingly irrelevant career. Increasingly desperate he hatches a horrifying plan, and driven to the brink, he is convinced that his only option is to shake his fellow passengers out of their complacency and send a wake-up call to the world. With poignant, playful prose,The Lamentations of Zeno is a portrait of a man in extremis, a haunting tale that looks at the greatest challenge of our age from a uniquely human angle.
The Reproach of Hunger: Food, Justice and Money in the 21st Century by David Rieff
One of the most visible, and devastating, symptoms of climate change has been the food crisis. In The Reproach of Hunger, leading expert on humanitarian aid and development David Rieff goes in search of the causes of the reasons behind the failures to respond to the disaster. In addition to the failures to address climate change, poor governance and misguided optimism, Rieff cautions against the increased privatization of aid, with such organizations as the Gates Foundation spending more than the World Health Organization on food relief. The invention of the celebrity campaigner—from Bono to Jeffrey Sachs—have championed business-led solutions that have robbed development of its political urgency. The hope is that the crisis of food scarcity can be solved by a technological innovation. In response Rieff demands that we rethink the fundamental causes of the world’s grotesque inequalities and see the issue as a political challenge we are all failing to confront.
originally posted here
For those interested in performing a review on any of these books for URPE’s flagship journal, Review of Radical Political Economics, please get in touch with David Barkin
Category: Climate Change, Environment, Verso