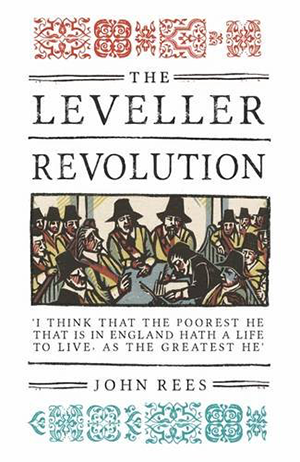 The Levellers, formed out of the explosive tumult of the 1640s and the battlefields of the Civil War, are central figures in the history of democracy. In this thrilling narrative, John Rees brings to life the men—including John Lilburne, Richard Overton and Thomas Rainsborough—and women who ensured victory and became an inspiration to republicans of many nations. From the raucous streets of London and the clattering printers’ workshops that stoked the uprising, to the rank and file of the New Model Army and the furious Putney debates where the Levellers argued with Oliver Cromwell for the future of English democracy, this story reasserts the revolutionary nature of the 1642–51 wars and the role of ordinary people in this pivotal moment in history. In particular Rees places the Levellers at the centre of the debates of 1647 when the nation was gripped by the question of what to do with the defeated Charles I. Without the Levellers and Agitators’ fortitude and well-organised opposition history may have avoided the regicide and missed its revolutionary moment. The legacy of the Levellers can be seen in the modern struggles for freedom and democracy across the world.

See more here
For those interested in performing a review on this book for URPE’s flagship journal, Review of Radical Political Economics, please get in touch with David Barkin