ISLM: a further explanation and a defense* by Matías Vernengo 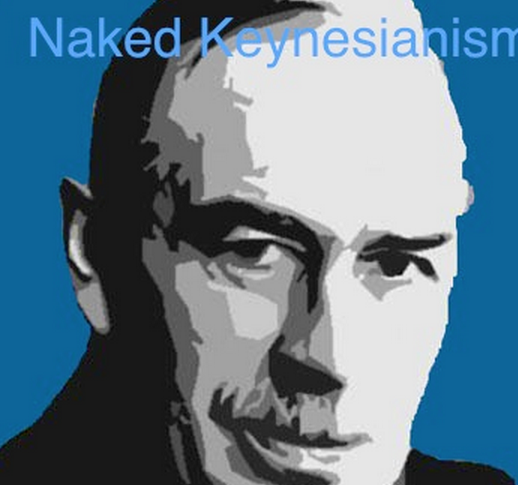 I noted before  the traditional representation of the ISLM is problematic. Yet as I also noted the ISLM model can accommodate changes that incorporate the criticisms of classical-Keynesian, post-Keynesian and other heterodox groups. There is no need for an investment function based on the marginal productivity of capital and the principle of substitution. The accelerator can be incorporated, and the inverse relation with the rate of interest would result from the effects of interest rates on other components of demand. Also, endogenous money can be incorporated easily, and for the most part this has been done in New Keynesian models (the ISMP).

In the post (linked by David here) that prompted this sort of defense of a changed ISLM, Lars Syll correctly notes that New Keynesians are often right on policy, but incorrect on theory. And I for the most part agree with Lars intentions. Yet, he suggests that the problem lies in that:

“If macroeconomic models – no matter of what ilk – assume representative actors, rational expectations, market clearing and equilibrium, and we know that real people and markets cannot be expected to obey these assumptions, the warrants for supposing that conclusions or hypothesis of causally relevant mechanisms or regularities can be bridged, are obviously non-justifiable.”

As I noted in my debate with Noah Smith, the problem with marginalism (neoclassical economics) is NOT rationality, utility maximization or supply and demand (not quite the same list raised by Lars). Here I would add that although one can certainly add heterogenous agents, assumptions that simplify and assume representative agents maximizing profits, for example, are not really problematic at all. Classical political economists and Marx did assume something like that and still did not reach the conclusion that the system was efficient in the sense of providing full utilization of resources.
Also, the idea that agents use all information per se is not necessarily bad (Tom Palley favors some sort of rational expectations, which he refers to as model consistent; see his old manual here). The problem is that the model used, by New Classical and other mainstream authors, has logical problems. Last but not least equilibrium per se is not a bad concept (on this there is the whole thing that Post Keynesians have inherited from Joan Robinson that makes things confusing for many heterodox economists). Equilibrium is actually quite essential for long-term analysis. And I would actually argue that it is relevant since it DOES have real world applications. In other words, real economies do fluctuate around long-term equilibrium positions that are sub-optimal.
The problem with mainstream theory is the notion of a natural rate, which is based on the principle of substitution which allows for ‘factors of production’ to be fully utilized. These are the problems that Keynes, by negating the idea of a natural rate, and Sraffa, by showing the logical problems of the principle of substitution, undermined. An ISLM without the natural rate is not only possible, but actually reasonably good as a tool for analyzing real economies.
PS: Note that Keynes wrote to Hicks on the ISLM that: “I found it very interesting and really have next to nothing to say by way of criticism.” Keynes did not criticize the investment function in Hicks model, but note that this problem also was integral to the General Theory (GT). And yes Keynes was being nice, but he was nice too about Harrod’s review of the GT, but did tell him that he did not mention effective demand.
* Originally posted at: http://nakedkeynesianism.blogspot.com/2013/12/islm-further-explanation-and-defense.html
Category: M Vernengo