Graph/Table of the week: Median Income Inequality by Race and Ethnicity 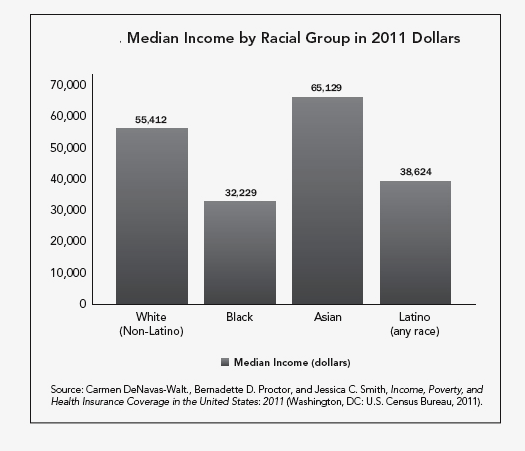 The graph above is from the new book Black Stats: African Americans by the Numbers in the Twenty-First Century, by Monique Morris. Essential reading for those interested in the issue of inequality in the United States. Not only blacks and latinos make considerably less, the gender gap matter too. Interestingly enough, the gender gap might be smaller among minorities. From the book:

Some of these issues are explored in more detail in this paper by Huato and Zeno (2009).