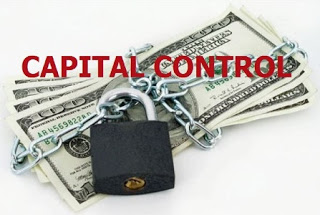 New paper published by PERI. From the abstract:

The startling resuscitation of capital controls during the global crisis has substantially widened policy space in the global north and south. The paper highlights five factors that contribute to the evolving rebranding of capital controls. These include: (1) the rise of increasingly autonomous developing states, largely as a consequence of their successful response to the Asian crisis; (2) the increasing confidence and assertiveness of their policymakers in part as a consequence of their relative success in responding to the global crisis at a time when many advanced economies have and still are stumbling; (3) a pragmatic adjustment by the IMF to an altered global economy in which the geography of its influence has been severely restricted; (4) the intensification of the need for capital controls during the crisis not just by countries facing fragility or implosion, but also by those that fared “too well”; and (5) the evolution in the ideas of academic economists and IMF staff. The paper explores tensions around the rebranding of capital controls. These are exemplified by efforts to develop a hierarchy in which controls on inflows that are a last resort and are targeted, temporary, and non-discriminatory are more acceptable than those that are blunt, enduring, discriminatory, and that target outflows. In addition, tensions have increasingly focused on whether controls should be used by capital-source rather than just capital-recipient countries.