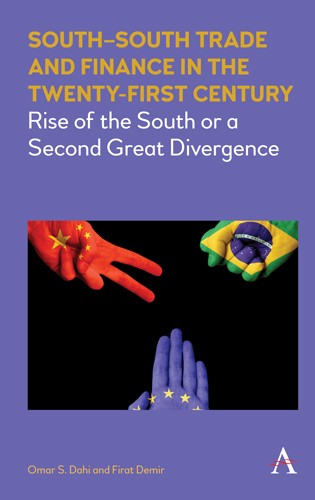 This book is a contribution to the international trade and economic development literature and is based on a decade of joint research and collaboration on South–South economic relations. Given the increasing focus on the economic power of some developing countries, for example the 2013 Human Development Report’s “Rise of the South”, it is particularly appropriate and timely. [NP] The book’s findings are based on rigorous empirical examination of South–South trade and finance and it provides an even-handed assessment from the perspective of long-term development goals rather than mainstream welfare approaches or ideological/theoretical worldview. [NP] This work directly engages with the ‘new developmentalism’ literature that has challenged the neoliberal orthodoxy and its policy approach, which focuses on liberalization, privatization, and deregulation. It also engages with literature by examining whether the increase in South–South trade facilitates or inhibits the possibilities for developmentalist economic policy in developing countries. The book shows concrete and positive results from South–South trade particularly related to industrial development and also documents how South–South trade is dominated by large developing countries and that South–South trade liberalization may be counterproductive.

See more here
For those interested in performing a review of this book for RRPE, please do not hesitate to get in touch with David Barkin