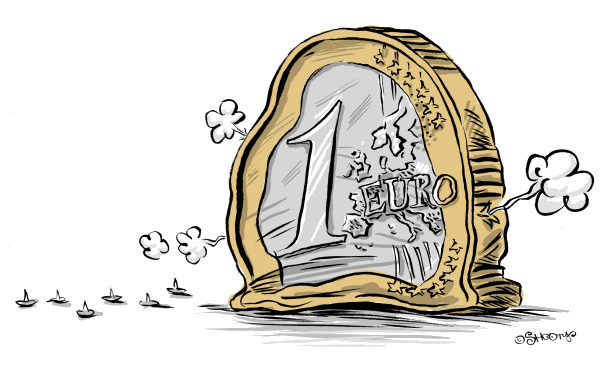 By Engelbert Stockhammer, Collin Constantine, & Severin Reissl
From the abstract:

The paper proposes a post-Keynesian analysis of the Eurozone crisis and contrasts interpretations inspired by New Keynesian, New Classical, and Marxist theories. The origin of the crisis is the emergence of a debt-driven and an export-driven growth model, which resulted in a rapid increase in private debt ratios and current account imbalances. The reason the crisis escalated in southern Europe, but not in other parts of the world, lies in the unique dysfunctional economic policy regime of the Euro area. European fiscal rules and the Troika impose fiscal austerity on countries in crisis and the separation of fiscal and monetary spaces has made countries vulnerable to sovereign debt crises and forced them to comply. We analyse the role different paradigms attribute to current account imbalances, fiscal policy and monetary policy. Remarkably, opposing views on the relative importance of cost and demand developments in explaining current account imbalances can be found in both heterodox and orthodox economics. Regarding the assessment of fiscal and monetary policy there is a clearer polarisation, with heterodox analysis regarding austerity as unhelpful and large parts of orthodox economics endorsing it. We conclude that there is a weak mapping between post-Keynesian, New Classical, New Keynesian and Marxist theories and different economic policy strategies for the Euro area, which we label Keynesian New Deal, European Orthodoxy, Moderate Reform and Progressive Exit respectively.