Lara Merling and Dean Baker: The Housing Bubble, Is It Back? 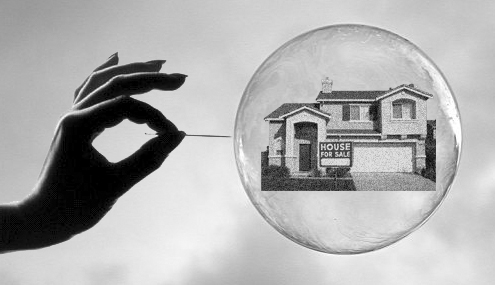 By Lara Merling and Dean Baker,

In the last decade, there was an unprecedented run-up in house prices in most parts of the country. It was easy to recognize this run-up as a bubble since there was no remotely corresponding increase in rents, which for the most part just tracked inflation during this period. There was also no evidence of a shortage of housing supply. Housing starts were at near record highs from 2002 to 2005. In addition, the vacancy rate as reported by the Commerce Department was at near record highs through most of this period. With weak job and wage growth throughout most of this period, it was possible to recognize the run-up as a bubble even without knowing anything about the proliferation of bad loans in the mortgage market. The run-up in real house prices in the bubble years was almost completely reversed in the subsequent crash. While the first-time homebuyers’ tax credit temporarily stopped and reversed the decline, house prices continued to fall until the spring of 2012. Since then, the market has recovered much of the lost ground. While it is still 20.1 percent below the bubble peaks of 2006 in real terms, inflation-adjusted house prices are now 37.7 percent above their level in 1996, before the beginnings of the bubble. While these prices may seem somewhat high, there is little basis for concern that the national market has again entered a bubble.