Did We Accomplish the Revolution in Geographic Thought? 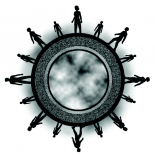 44 years ago Antipode published David Harvey’s essay “Revolutionary and Counter-Revolutionary Theory in Geography and the Problem of Ghetto Formation”. Taking geographers to task, demanding some serious self-criticism, it was subject to its fair share of discussion and debate then, has re-appeared in a few venues over the years (from Harvey’s own Social Justice and the City, to our “best of”, and a number of critical readers), and, we’re pleased to say, it’s still providing food for thought today…
Joaquín Villanueva organised a panel, “Did We Accomplish the Revolution in Geographic Thought?”, inviting participants Matthew Hannah, George Henderson, Don Mitchell, Jenny Pickerill, Robert Ross and Simon Springer to consider the meaning of Harvey’s call for revolutionary auto-critique today: Does it still apply? How have the stakes changed? What is the battle over now? What does contemporary radical geographic thought look like? And what is its value for the present and future? Joaquín and his interlocutors present their reflections; together they explore the practice of critical geography, questioning its contemporary significance, continuing that perennial dialogue on what geography ought to be.
See rest here