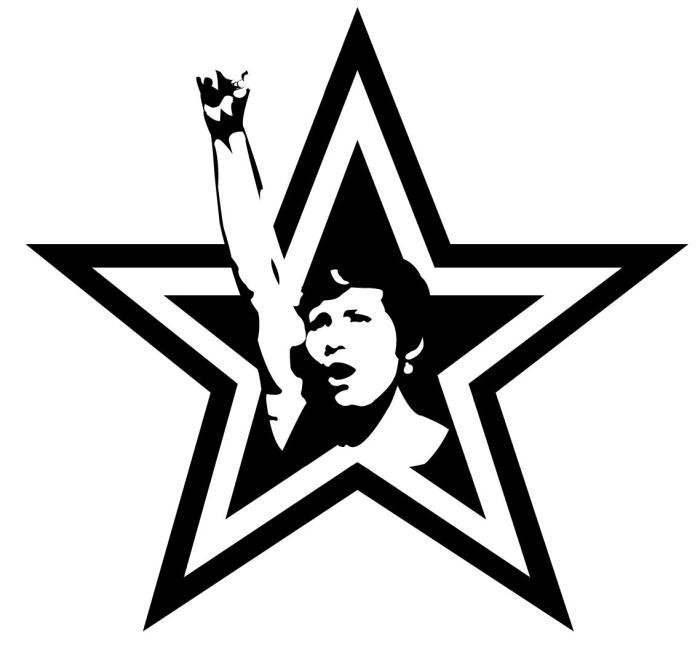 By Julie Matthaei,
For those who believe in equality and solidarity, and face the outrage of the upcoming Trump inauguration, it is heartening to witness the Women’s March on Washington take shape. The March represents a massive mobilization against Trump’s hate-mongering inequality agenda, and an important step forward in the evolution of feminist movement in the U.S.   As we face Trump’s efforts to turn back the clock, it is helpful to review some of the lessons to be learned from the last five decades, since the birth of second wave feminism.
Outrageous Things Can Spark Transformation: The audiotape of our President Elect bragging about the way that his celebrity has given him the power to sexually assault women – grabbing them by the pussy – was a lightening rod that sparked outrage across the nation and across the world.   After centuries of struggle, we thought that women’s sovereignty over our bodies had been established, and Trump’s statement would de facto end his chances to lead our country. The fact that it did not was an enormous wake-up call to women, mobilizing them to act, and will be a constant reminder and motivator during his upcoming presidency.
Equal Opportunity Feminism is Important, But Is Not Enough:  The March organizers were wise not to identify the March with Hillary Clinton’s campaign.   Equal opportunity, anti-sex-discrimination feminists represented Hillary’s election to be our first woman president as the crowning achievement of feminism. Yet many other feminists supported Bernie Sanders, who embraced equal opportunity feminism and anti-racism, but went beyond this with a call for a political revolution against the rule of the 1%, and an economic human rights policy guaranteeing health care, education, and jobs for all. Many feminists supported Bernie because his platform arguably would do more to help women than having more women in positions of power in a heartlessly unequal, exploitative and violent political-economic system.
The Need to Value Care Work: Equal opportunity feminism takes as given the unequal job hierarchy in which care-centered, traditionally feminine jobs are paid less, or, in the case of homemaking, unpaid.   The short version of the March’s Unity Principles asserts the important feminist complement to equal opportunity–the monetary valuing of care work–by calling for access to affordable childcare, sick days, and paid family leave. The longer version asserts that “all care work—caring for the elderly, caring for the chronically ill, caring for children and supporting independence of people with disabilities – is work.”   It “stand(s) for the rights, dignity, and fair treatment of all unpaid and paid caregivers,” and highlights the superexploitation of women of color in low-paid care jobs, as well as the important problem of discrimination against mothers.

Feminism Must Be Intersectional: While the March’s organizing was begun by white women, as per its FAQ page, they “recognized the need to be truly inclusive,” establishing a diverse group of National Co-Chairs and Organizers. As a result, an intersectional view of feminism–which opposes all forms of inequality that oppress women– is front and center in the March’s Mission Statement, which asserts “We stand together, recognizing that defending the most marginalized among us is defending all of us.” Its Unity Principles assert that “Gender Justice is Racial Justice is Economic Justice,” and foreground immigrants’, Civil, LGBTQIA, disability, and worker, as well as women’s, rights, as well as environmental justice.  The March’s over 300 partner organizations, including the NAACP, SEIU, and 350.org, position feminism as part of an interconnected, mutually supportive, movement of movements, the kind of movement we must have to push back effectively against Trump and continue our progress towards solidarity.
Men Can and Must Be Feminists: As a march of women, the March embodies a contradiction present in all movements for equality: while they are initiated and built by bringing together members of a subordinated category (women, blacks, workers, LGBTQ folks), they also seek to transcend these identity politics, by eradicating the inequality which they are addressing from the values, practices, and institutions that organize society as a whole. In a democratic society, this requires winning over members of the dominant category (men, whites, capitalists, heterosexuals). Men can and must become feminist, if feminism is to succeed. The presence of progressive Civil Rights icon Harry Belafonte as Honorary Co-Chair of the March, along with Gloria Steinem and Dolores Huerta, and the explicit welcoming of men to participate in the March in the FAQ and Mission statement, which “call(s) on all defenders of human rights to join us,” show that this Women’s March is not a throwback to early second wave feminist separatism. Rather, it represents the understanding, gained in the last half century of feminist movement and progressive organizing, that we must both build on and transcend identity politics if we are to build successful movements.
Non-Violence is Crucial to Feminist Process:  Just as a key aspect of women’s oppression continues to be violence at the hands of men, so the March’s Unity Principles begin with “Ending Violence” against our bodies.   The longer statement includes a call for “accountability and justice for police brutality” and ending “gender and racial inequities within the criminal justice system.”   What is also remarkable is that the Mission statement for the March identifies “Kingian nonviolence” as providing the guiding principles for the March, including nonviolence as a way of life; Beloved Community, where relationships are free of any kind of domination; and directives to “attack forces of evil, not persons doing evil,” and to claim moral authority by accepting suffering without violent retaliation.

Feminist Values and System Change: One thing absent from the March’s self-description is explicit discussion of system change. Yet, in conjunction with other progressive movements, feminists of all types are busy creating the social DNA out of which a post-inequality, solidarity society is emerging: cooperative, mutually beneficial, egalitarian ways of relating to one another and working together.  Feminism is coming of age! Capitalism represents traditionally masculine competitive self-interest gone awry, generating dictatorship by billionaires; abject, grinding poverty amidst plenty; endless violence, war and suffering; and the destruction of the planet. The feminist key to system change is to value the devalued feminine, the traditionally feminine values of caring for others, and extend them into the economy! Besides demanding more money for unpaid and underpaid care work, we all can participate in the building of a “solidarity economy” – by participating in and advocating for socially responsible production, consumption, finance, and work, and the guarantee of economic human rights for all.
Let’s March!!! So what are we waiting for? Marches are sprouting up around the country: over 600 sister marches at the time of this writing, in every state of the U.S. and in 60 other countries, with over a million estimated marchers. If there isn’t one near you, start one on Facebook! Let’s take this opportunity to turn Trump’s election into a beautiful display of the compassion, diversity, and transformative power of our movement of movements.