Homecoming to Nostalgia: The Inauguration of Donald J. Trump 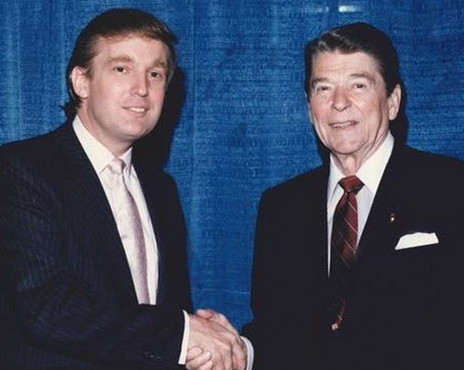 “In a time of universal deceit,
Telling the truth is a revolutionary act.”
— George Orwell

When the entire arsenal of impulsive and aggressive foreign policy is deployed in absolute desperation and without accomplishment by a declining power unaware of its imminent demise, first it resorts to self-aggrandizement and spectacle, and then suddenly and viciously turns on itself through self-flagellation and serious self-mutilation. This is a classic pretext that trumps the assorted reasons for the demise of Hillary Clinton and thus the bafflement of the U.S. political establishment and its coattail in the established media. This should concisely spell out the meteoric rise of Donald Trump, his populism, and his success in leasing the plush real estate at 1600 Pennsylvania Avenue in Washington. To be sure, “We make America great again” is the alter ego of America’s demise since the collapse of the Pax Americana (1945-1979). Recognition of this very transformation is in itself a radical act.

-Cyrus Bina is Distinguished Research Professor of Economics at the University of Minnesota (Morris Campus). He is also Fellow, Economists for Peace and Security and his latest book is A Prelude in the Foundation of Political Economy: Oil, War, and Global Polity (2013). An earlier version of this article was an address to a rally organized by students at the Morris campus of University of Minnesota during the inauguration of the 45th president of the United States on January 20, 2017.