It Can Happen Here: The rise of a right-wing nationalist regime in the United States 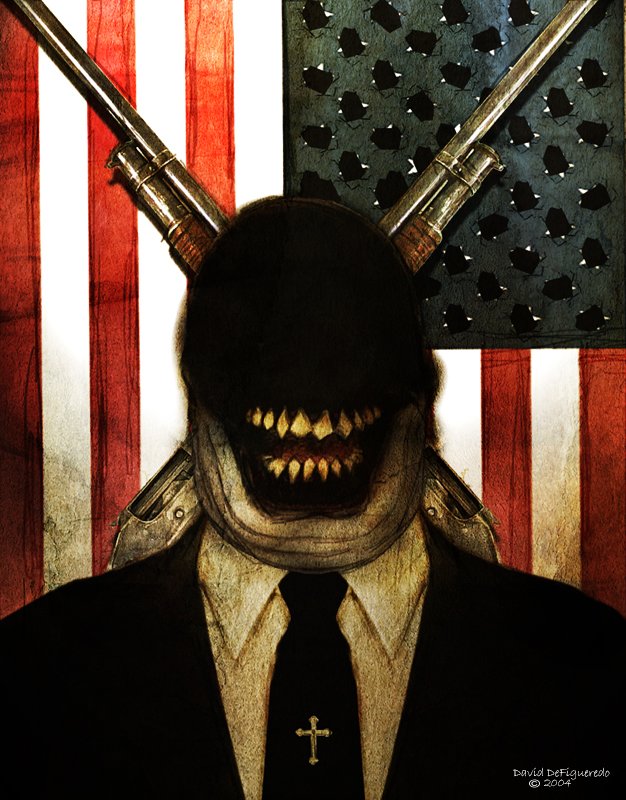 On November 8 the rise of a right-wing nationalist regime in the United States became a realistic possibility, if not now then in the coming years. Such regimes stress nationalist and patriotic themes, play upon and intensify fear of minority ethnicities and/or religions and/or other long-oppressed groups, promise to resolve festering economic problems of ordinary people, and direct the blame for such problems at a convenient scapegoat such as foreigners or immigrants rather than the real causes. Such regimes, if consolidated, invariably restrict long-established individual rights and introduce, or intensify, the use of extra-legal violent methods at home and abroad. This possibility has sent shock waves throughout U.S. society, including in the long-ruling establishment, creating a sense of chaos in which it seems anything can happen.

The greatest danger is the political coalition that emerged on November 8. Such coalitions have underpinned right-wing nationalist regimes in the past. It is made up of traditional right-wing constituencies suddenly combined with significant parts of the working class. Such a political base, held together by the above themes and promises, can enable a right-wing nationalist regime to emerge in a democratic capitalist system even without the upstart demagogic leader winning an absolute majority.
The sequence of economic developments in the United States that fostered this political trajectory is some 25 years of oppressive neoliberal capitalism, which gave rise to a severe economic crisis in 2008, followed by an unresolved economic stagnation. The current stagnation intensified the process that has been destroying the lives of working people of all races, ethnicities, genders, citizenship-status, and sexual preference, while those at the top have taken an increasing share of the slowly growing pie with the blessings of the establishment. At the same time, none of the wings of the establishment has been able to offer a real solution within the constraints of the still surviving neoliberal form of capitalism.
This situation forms the soil from which both Donald Trump and Bernie Sanders suddenly emerged earlier this year. Self-described socialist Senator Bernie Sanders won about 12 million votes mainly from working class people including young people of every ethnicity. This occurred despite an all-out campaign against him by the establishment media, whose backers evidently viewed Sanders’ reformist program as a bigger threat than Trump’s misogynist, racist, anti-immigrant, neo-fascist pose. Support for Sanders was driven by desperation among ordinary people looking for some solution to the problems faced by themselves, their families, friends, and communities, and his left-wing proposals made sense to them.
The world has not seen an economic crisis similar to that of today since the 1920s-30s, when economic stagnation or decline took hold throughout much of the capitalist world. That period ultimately gave rise to three different trajectories. right-wing nationalist regimes arose in Germany, Italy, Spain, and Japan. Progressive reformist regimes appeared in Scandinavia, France, the U.K., and the United States And various forms of state socialism were consolidated, or newly emerged, in the USSR, Eastern Europe, China, northern Korea, and northern Vietnam.
A key factor in the reactionary and reformist outcomes was the role of left wing political forces, which had significant support in society. In Germany the radical left did not unite with the social democratic center, and this played a major role in Hitler’s improbable rise to power. In the United States, the rapidly growing radical left, which was influential in Hollywood while leading the trade union upsurge of industrial workers in the 1930s, followed a policy of uniting with centrist forces in society and supporting the reforms of the New Deal.
That center-left coalition played a major role in pulling the Roosevelt Administration, which at first had no clear direction, toward a policy of economic and social reform that relieved the suffering of millions of working people of all ethnicities, particularly in the U.S. South. As a result, right-wing nationalist demogogues (Father Coughlin, Huey Long) were never able to get political traction on a national scale, and Roosevelt decisively won every election.
Shortly after World War II the New Deal political coalition evolved into one that gave rise to the postwar system of regulated capitalism with rising wages, low unemployment, and expanding social programs, along with the Cold War and U.S. imperialist military interventions around the world. That system provided favorable conditions for the rise of new movements to end oppression of African Americans, women, and gays and lesbians, to stop foreign interventions, and to reign in the growing environmental costs of capitalist expansion and the health costs to workers.
The inevitable backlash against the above forms of social progress has now joined with the growing desperation of large numbers of working people to bring us to our present pass. As before in history, these same conditions have also produced a suddenly relevant political left in the United States Evidence of this appeared in February of this year when 43% of likely Iowa Democratic caucus participants said their political identity was “socialist.” While Nov. 8 opened a disastrous prospect of a future even worse than the 35 years of neoliberal capitalism, the future is not yet determined.
What the progressive community does in the coming years matters. There is no simple lesson for us from the past, but one that seems to be speaking to us is that progress of any sort requires a broad coalition of various oppressed constituencies and their representations in the political center and left. This will require taking seriously the grievances and fears of every group. Another lesson is that the aim of preventing fascism may require the building of a growing left-wing movement, given its still weak condition in the United States We must find a way to simultaneously defend all of the groups and interests now under threat while building a movement that can ultimately bring about a future embodying all of our common values, including cooperation, caring, sharing, equality, individual rights, economic security, and last but not least environmental sustainability. Fully securing those values will ultimately require passing beyond the capitalist system.

-David M. Kotz is a professor of economics at the University of Massachusetts–Amherst, and author of The Rise and Fall of Neoliberal Capitalism (Harvard University Press, 2015).