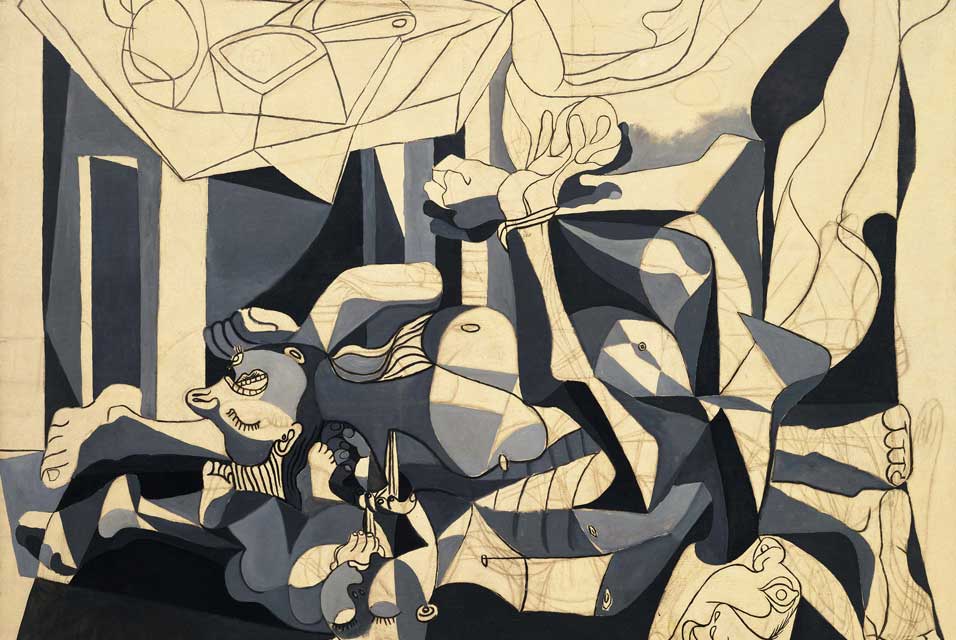 The certainties that turned neoliberalism into the “common sense” of our age are melting into the air. Tried and tested policies such as privatisation, marketisation, financialisation and trade liberalisation have lost traction, and established political systems haemorrhage legitimacy. Mass protests spring in unexpected places and take new forms. Even the steadiest political hands have lost their grip on the levers of power, which, themselves, increasingly lack effectiveness. The economic turmoil in global neoliberalism is morphing into a wholesale political crisis.

A dysfunctional economy…
Neoliberalism created conditions favourable for capital accumulation that were unprecedented since the early 1980s. The ensuing economic growth supported a steep concentration of power, income and wealth, in which unparalleled prosperity for the wealthy coexists with old and emerging patterns of poverty and exclusion. Yet accumulation in the “core” countries of the Organisation for Economic Co-operation and Development (OECD) face declining rates of investment and Gross Domestic Product (GDP) growth, mounting instability, and increasingly frequent finance-driven crises, culminating in the deepest and longest economic contraction since the Great Depression. Recoveries have also become increasingly sluggish: a Great Stagnation now engulfs the world economy, with no end in sight.

These outcomes follow directly from the defining features and economic contradictions of neoliberalism. Its “reforms” dismantled the earlier systems of provision of goods and services, hampered co-ordination of economic activity, created socially undesirable wage and employment patterns, precluded the use of industrial policies to achieve socially determined priorities, made the balance of payments structurally dependent on international flows of capital, and allowed financial institutions to shift resources from production into speculation almost at will. Unsurprisingly, accumulation under neoliberalism has tended to inflate bubbles that eventually burst, with destructive implications.

… meets a flawed political system …
The political project of neoliberalism includes an atrophied form of democracy designed to shield the economy from political “interference”, where popular participation is typically limited to choosing between shades of neoliberalism in a sterilised political market policed by a vitriolic right-wing media. Meanwhile, the substantive choices about social provision, the composition of output, the structure of employment and the distribution of income are made elsewhere, in financial institutions, business associations, international organisations, the European Commission and the US State Department. Inevitably, the political spectrum has shifted to the right, as left parties, trade unions and mass organisations have imploded. Social decomposition and the blockage of collective dissent have fed political apathy, anomie, and the sense that politicians are only there for the taking.

Many neoliberal democracies are now engulfed in turmoil. In the Eurozone periphery, elected governments in Greece and Italy were replaced by so-called non-party technocrats tasked with implementing perversely contractionary economic policies. Later, an elected administration advocating distributive strategies was crushed in Greece. A dour conformity now reigns in a stagnant Europe. Then the crisis of neoliberal politics reached the global periphery. There, economic instability helped the rise of authoritarian governments, who captured power by various means, including more or less honest elections in Argentina, Hungary, India, and Poland, judicial-parliamentary coups in Brazil, Honduras, and Paraguay, the abuse of constitutional prerogatives in Turkey, and military coups in Egypt and Thailand.

Finally, the malaise reached “core” NATO countries. The erratic but hard right Donald Trump was elected US President, and Brexit won the popular vote in the UK (even if nobody could agree what the vote was for). In France, Marine Le Pen hovers above the Élysée while a harsh national security state trumps Liberté. Nativist populism thrives in Austria, Switzerland and Scandinavia and, in the eastern periphery of the EU, far-right tinpot politicians lead rudderless societies against “enemies” weaker than themselves, mostly dark-skinned refugees fleeing even more dramatic realities further South.

… producing nationalist authoritarianism.
Nationalist authoritarianism is not a transient wobble in the triumphant march of neoliberal democracy to the End of History; it is a direct consequence of the restructuring of neoliberal societies under the guise of “adjustment”, inflation control and “competitiveness”. In doing this, neoliberalism has also dismantled their political systems and institutions of representation.

Critically, neoliberalism has created a vast and heterogeneous array of losers. Millions of skilled jobs have disappeared, and entire professions have evaporated or been exported to cheaper shores. Opportunities for “good” employment in the public sector shrank, job stability diminished, and pay conditions worsened almost everywhere. The condition of labour has deteriorated for informal workers, the traditional middle classes, and almost everyone else in between. Hundreds of millions of people worldwide have been deskilled and moved into precarious jobs. The “losers” include informal workers with no realistic prospect of stable employment, skilled workers fearing, or reeling from, their jobs being exported, indebted small business owners, bankrupt small farmers, endangered middle managers, anxious civil servants, threatened pensioners, and once-privileged social strata bewailing their inability to bequeath improved material circumstances to their offspring.

In many countries, these upheavals have spawned economic underperformance, long-term stagnation punctuated by crises, shrinking prospects for economic advancement, social decomposition, political deadlock, and a generalised feeling of alienation. A heavily diluted democracy is perceived to bypass entirely the victims of neoliberalism.

The “losers” tend to perceive the evacuation of democracy through the lens of corruption and capture, in contrast to the “good old days” of economic certainty and (limited) privileges including jobs for life, law and order, neighbours who looked just like themselves, and obedient wives. Today’s political systems are seen as primarily serving the rich (bankers, tax dodgers, self-perpetuating political elites, foreign tycoons), so-called “privileged minorities” (constructed to mean women and selected ethnic, national or religious groups), and alien hordes, all of whom appear to draw state support while the morally upright “losers” find it increasingly difficult to make ends meet. Perhaps even worse than these economic hardships is the erosion of their social standing: they find it difficult to understand what has hit them, and why.

Just as disorganised social groups are vulnerable to political capture by the elite, the array of losers under neoliberalism is prone to capture by the political right. The losers lack a sense of collectivity drawing upon shared material circumstances and distrust the political dysfunctionality of neoliberalism, while supporting the deployment of political tools to attack selected rival groups at the bottom of society. They project their hopes and fears onto a universalist (classless) ethics and onto reactionary programmes drawing on “common sense”, which tend to be framed in the language of rights, respect, taking back control and preserving ancient privileges, and are fronted by “strong” leaders who can “get things done”.

These choices reflect the losers’ desperate search for ways to short-circuit a log-jammed political system and secure gains for those who have grown tired of losing out and lack a sense of security grounded on merit, citizenship, or anything else. They also express revulsion at slick politicians delivering, time and again, convolute excuses for inaction while the living conditions of the majority keep deteriorating. The collapse of postwar social democracy can be directly related to these neoliberal pressures.

Mainstream conservative parties have shown greater resilience because of their closer identification with neoliberal ideology and policy practice, which facilitates their rhetorical coherence, and because the right is used to deploying misleading or unrealistic programmes and nationalist slogans. The right is, then, well positioned to offer disgruntled voters a random menu of desirables regardless of the contradictions, even with neoliberalism itself. Those programmes tend to be naïve, exclusionary, divisive, xenophobic, racist and morally conservative. Yet even those parties have been triangulating towards an increasingly strident nationalism, with a new generation of proto- and neo-fascist movements, dishing out even more facile slogans, breathing down their necks. The far right has a proven ability to mobilise on the basis of national, ethnic, religious or gender identity, and it thrives best in conditions of anomie: it will prosper as neoliberalism deteriorates.

Wrapping Up
Nationalist authoritarianism expresses the fury of a disorganised array of losers under neoliberalism, in conditions of global economic restructuring, protracted crisis, social decomposition, corroded ideologies and sclerotic political systems. Its emphasis on attacking the weak – immigrants, refugees, the “undeserving poor”, those unjustifiably “privileged” by state action or judicial activism, and so on – feeds retrograde political programmes, and shows the urgent need for left alternatives.

A left strategy to transcend the decadent phase of neoliberalism depends on our ability to imagine an alternative future. This is essential to inspire mass movements to transform the state, socio-economic reproduction and political representation – that is, movements demanding redistributive, democratic and sustainable economic policies. These demands can integrate widely different struggles, delegitimise neoliberalism, and support the emergence of practical alternatives. Their potential to mobilise large numbers of people, especially the youth and the workers, has been demonstrated in the Sanders campaign in the USA, the two elections of Jeremy Corbyn for the leadership of the British Labour Party, and a myriad of emerging movements in several countries, including Greece, Spain, Bolivia and China.

Those global movements can only be driven by a politically rearticulated working class, as one of the main levers for its own economic recomposition. The difficulty is that this virtuous circle cannot be wished into being. It requires the development of new structures of political representation (parties, trade unions, community associations and so on) corresponding to the current mode of existence of this class – extensively decomposed domestically, integrated globally, with a distinctive culture and highly adept at the use of social media and internet-based tools. These should support the emergence of new forms of social reproduction based on the values of democracy, solidarity, satisfaction of basic needs, and environmental sustainability. There is a race between the restoration of social and political collectivity drawing upon progressive principles, and barbarism. The winner will take it all.