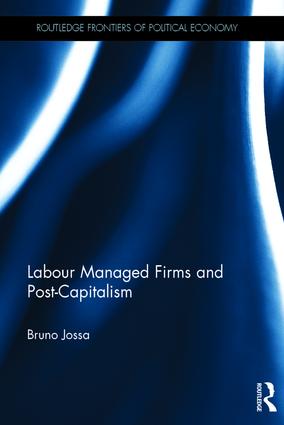 The prerequisite for overthrowing capitalism is a system which both leverages selfishness and creates solidarity between workers. This book illustrates and discusses the major points of the economic theory of producer cooperatives, its evolution since the 1950s, and links with Marxian theory.

Labour Managed Firms and Post-Capitalism, most importantly, demonstrates that a system of producer cooperatives offers a wealth of advantages compared to capitalism. There is general agreement that the main benefit of this form of economic democracy is that people who are allowed to freely pursue their interests are happier than those acting on somebody else’s instruction. The author argues that a system of democratic firms would eradicate classical (high-wage) unemployment and scale down both Keynesian and structural unemployment levels. He also shows that a system of producer cooperatives literally reverses the capital-labour relationship typical of capitalism and that its establishment can consequently be looked upon as a revolution.

This volume is of great interest to academics, lecturers and researchers with an interest in Marxism, political economy and industrial economics, as well as economic theory and philosophy.