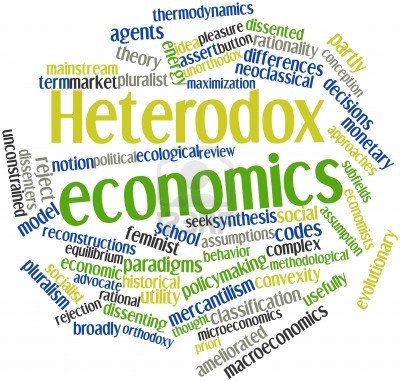 These wise words resemble a sentiment familiar to many heterodox economists as they give a shallow description of the paradigmatic constraints encountered within the economics discipline. However, they are taken from a statement by George A. Akerlof, which he happened to give at the recent ASSA-convention in Chicago. Specifically, Akerlof took part in a session comprised of leading mainstream “active senior scholars” (quoting James Heckman’s introduction) discussing the “curse of the top 5”, that is, the dominance of a set of five leading mainstream journals (QJE, JPE, AER, Econometrica and Review of Econ Studies) in terms of prestige and intellectual recognition (you can watch it here). For once, this statement and the associated session indicate that there is still some reflexivity within the dominant economic approach – even if embracing this kind of reflexivity seems restricted to “Bank of Sweden”-prize winners.

Although there is, of course, no direct reference to heterodox or pluralist economics and no mentioning of the history of economic thought, most participants show a honest concern for the narrowing impact of the incentive structure within the discipline, which is reinforced by the general trends for metric-based evaluation in scientific institutions. In exploring their concerns these “active senior schools” make use of notions like disciplinary stratification and institutional oligopoly (Heckman) or path-dependency in paradigmatic development (Akerlof). As such venues have long been explored by more heterodox or interdisciplinary approaches (see here, here, here or here), the session also delivers a performative proof of the alleged “vacuum” and thereby illustrates what is lost in the enduring intellectual monoculture of standard economics.