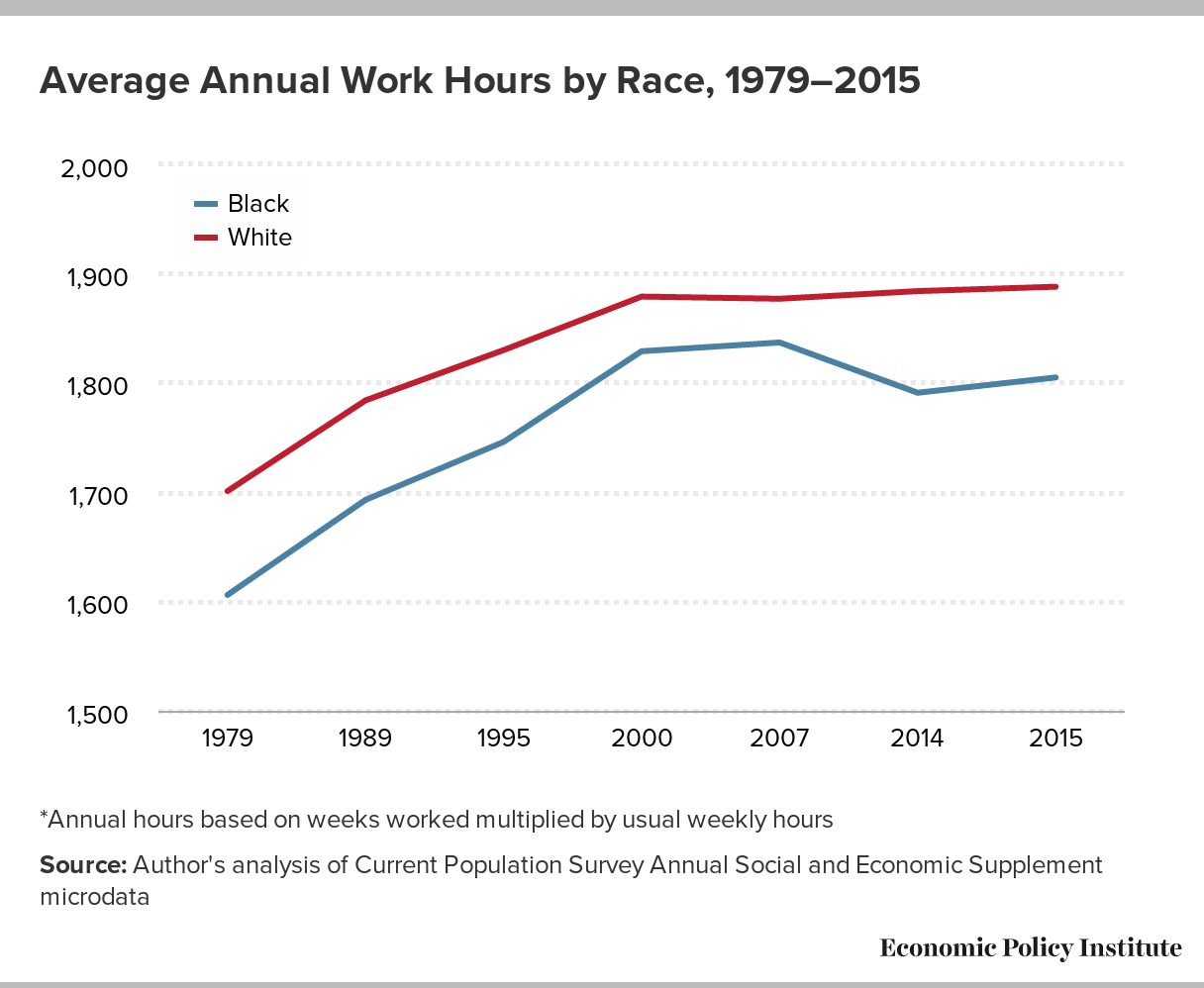 Over the last several decades, black workers have been offering more to the economy and the labor market to incredibly disappointing results in pay and unemployment. Some have argued that the disparity in wages between blacks and white is the result of white workers working longer and harder than black workers. They blame black workers for racial wage gaps, saying that they should do anything from getting more education to simply working harder. Such explanations minimize the role of racial discrimination on labor market outcomes, while perpetuating racial bias and stereotypes of black workers as unmotivated and lazy.