The Specter of Fascism: Hungary’s parliament votes to shut down Central European University 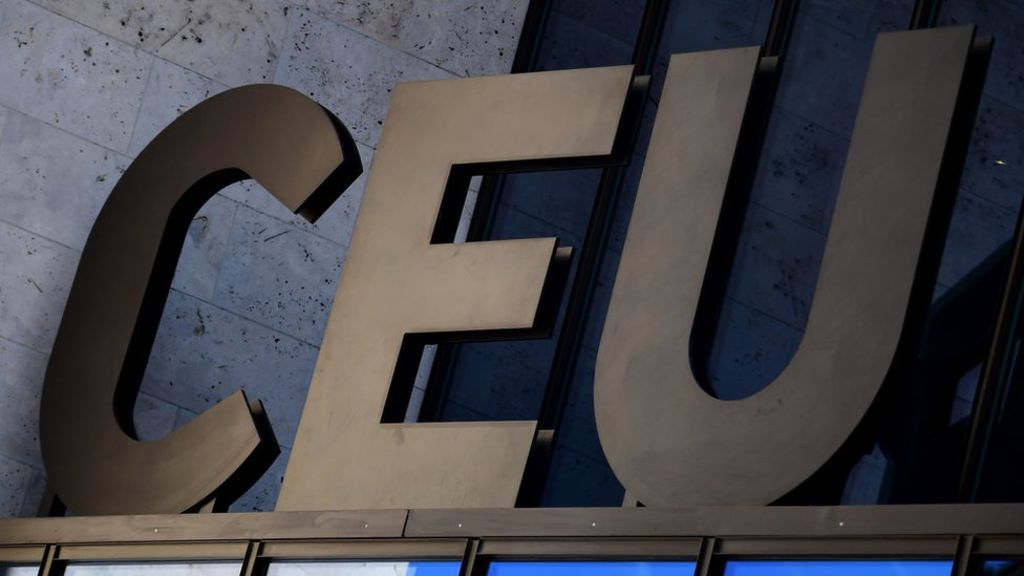 Starting January 1st, 2018, Budapest’s Central European University (CEU) will no longer be permitted to enrol new students in any programs, unless an agreement is reached between the United States government, the State of New York and Hungary’s Orbán government no later than September and unless CEU opens a new campus in the U.S. A total of 123 MPs voted for the bill, widely referred to as Lex CEU, and 38 opposition MPs voted against it. All of Fidesz voted in favour of the bill, while the Hungarian Socialist Party (MSZP), the Politics Can Be Different party (LMP) and 7 independent MPs voted against it. Both the Jobbik party and the Democratic Coalition chose not to vote–the latter because it is boycotting all parliamentary proceedings.

The requirement that President Donald Trump’s administration negotiate with Prime Minister Viktor Orbán’s government on the fate of CEU is a poison pill in the newly passed bill, as the American federal government has no jurisdiction to negotiate in what is a state-level matter. But there is another requirement in the bill which CEU will almost certainly not be able to meet and certainly not within a mere six months: Central European University must effectively establish a campus in the United States if it wishes to continue operations in Hungary.

Hungarian President János Áder has five days to sign the new piece of legislation or to send it back to parliament for review or else request judicial review from the Constitutional Court. CEU students and supporters are appealing to Mr. Áder to refuse to sign the bill and to send it instead for review to the courts.

Minister of Human Capacities Zoltán Balog who presented the bill to Parliament explained why the legislation was not, in his mind, an attack on academic freedom:

“The existence of a strong, autonomous and internationally-recognized university is in Hungary’s interests.  But it is not in our interests to have players in the background who are conspiring against the democratically elected government or for example to support Soros-organizations. Soros’s organizations are not above the law.”

Mr. Balog then added that George Soros was engaged in a “worldwide smear campaign” against Hungary, noting that the current bill would “uncover the power of the network.”

Fidesz MP Mónika Dunai cynically suggested that George Soros should spend his time lobbying the Trump White House if he wants to save CEU and added that the Hungarian opposition underestimates President Trump, if it believes that the US leader cannot reach an agreement with Hungary before September. Socialist MP Gergely Bárándy responded by noting that shutting down CEU is too high a price to pay, simply because Mr. Orbán wants to invite himself to the White House.

Bernadett Széll of LMP called Mr. Orbán a “puffed up pocket dictator” and added that the government has crossed a red line with this legislation. Széll also believes that Mr. Orbán is willing to put everything on the line for President Trump to notice him and extend an invitation to Washington, adding that the prime minister is even willing to exact revenge on Hungarian youth, in order to achieve this goal. Ms. Széll also added that what Fidesz is doing is reminiscent of the darkest days of communism.

Immediately prior to the vote, Együtt MP Szabolcs Szabó, who sits as an independent, delayed proceedings for just over a minute, when he disrupted parliament with a loud siren. Fidesz has announced that Mr. Szabó will now face a penalty for disrupting parliament.

István Hiller (MSZP), a former Minister of Education, reminded Parliament that Austria is ready to offer CEU a new home, and wondered why having the university present is not a “burden” for the Austrians, when it seems to be for the Fidesz government. Indeed, the Deputy Mayor of Vienna announced that the Austrian capital would warmly welcome CEU, should it decide to leave Hungary. The rector of the University of Klagenfurt, who also chairs the Conference of Austrian Rectors, commented that Vienna, Graz or Klagenfurt would all be ideal locations for CEU, should it be forced to shut down in Budapest. The Mayor of Vilnius, who happens to be a CEU graduate, extended an invitation to CEU to relocate as well.

The Constitutional Court may still rule that the bill is discriminatory, in that sections of it are clearly designed with CEU in mind. The European Court of Human Rights may rule against it as well, if CEU decides to take its case there.

The pressing problem, however, is that the ban on admitting new students as of 2018 and the drawn-out uncertainty around CEU is effectively a death sentence for any university seeking to attract new students and keep talented researchers and professors.

In more disheartening news, a statue of György Lukács in Budapest is being taken down, while a statue of anti-Semite fascist Bálint Hóman is being raised up