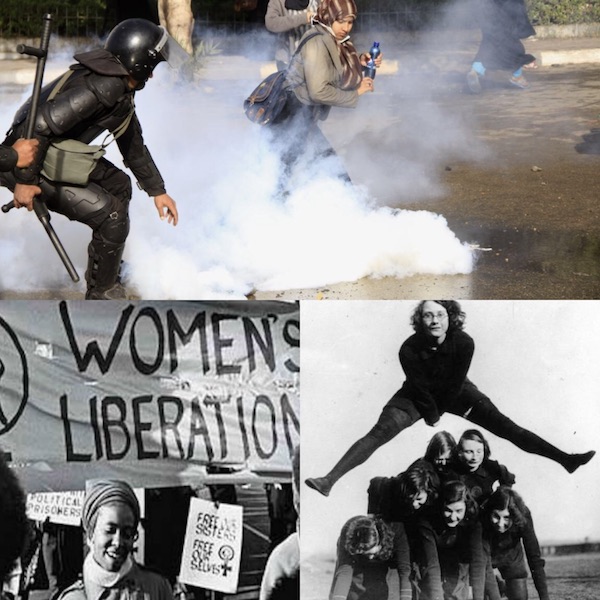 Since 2012 the Marxist-feminist stream has been a key component of the Historical Materialism conference in London. The number of feminists participating in the HM conference until then had been much lower than it should have been, and feminist discussions had not garnered the attention and centrality that they deserve. A number of us affiliated to the journal in various ways decided it was time for Historical Materialism to make an effort to include more feminist debates, scholars, and activists within both the conference and the journal.

We did not want to create a ‘feminist ghetto’, or separate feminist discussions from other streams of Marxist thought. Rather, we were and are convinced that Marxism must use a feminist lens in order to understand and change the world, or it will simply fail to produce convincing analyses and strategies to bring about the end of capitalism. However, we also know that Marxist feminism is not just a prism through which we look at the world, but it has also become a research programme in its own right. Since the inception of Marxism as a political and theoretical tradition, feminists have produced key contributions, theoretical dilemmas, concepts and distinctive approaches to the critique of political economy and the complexity of capital as a social relation. The Marxist-feminist stream at HM has thus aimed to become a platform in and through which this wealth of ideas and struggles can be discussed and deepened.

For half a decade already, hundreds of scholars and activists have contributed their ideas and energy to the Marxist-feminist stream at HM London, displaying an incredible level of originality, rigorousness, anger, and fun. The stream has become a meeting place for Marxist feminists from many parts of Europe and the world. From discussions on social reproduction theory, feminised labour and value, the common, the environment, feminist art and literary histories, to debates on the relationship between gender, race and class, and much more, the Marxist-feminist stream has proved to be one of the liveliest and most engaging contexts for rethinking gendered and racial oppression in relation to capitalist exploitation and the commonalities and divides of anti-capitalist struggle. A small part of this wealth of ideas has also appeared in the pages of the journal, both with the publication of a special issue on Social Reproduction Feminism in 2016 and feminist contributions to other journal issues. Yet much of the research encountered at the Marxist-feminist conference sessions is not disseminated more widely. There is a clear need to translate the success of these sessions into a more regular and ongoing presence by promoting more feminist contributions within Historical Materialism overall and particularly in the book series.