A 21st Century Marxism: The Revolutionary Possibilities of the “New Economy” 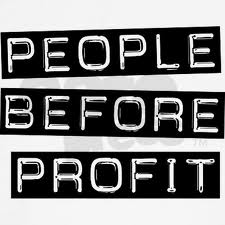 It should hardly be controversial anymore to say we’re embarking on the “end times” of … something. Maybe it’s corporate capitalism, maybe it’s civilization, maybe it’s humanity. Whatever it is, the unsustainability of the contemporary ancien régime, on the global level, has become obvious. Economically, socially, politically and environmentally, the next 50 years will see major upheavals, which may end up overshadowing those even of the 1930s and 1940s — the Great Depression and World War II.

In this moment of crisis and uncertainty, however, it seems exceedingly unlikely that the next upheaval will take the specific form predicted by Karl Marx: a “dictatorship of the proletariat” that implements total economic and social reconstruction even in the face of massive opposition from the capitalist class.

As I have argued in my book Worker Cooperatives and Revolution: History and Possibilities in the United States, no such revolutionary rupture — a sudden radical break with capitalism in the form of a politically planned, coercively administered flowering of workers’ democracy — could happen, even according to the basic conceptions of social dynamics that Marx and Engels themselves laid out in the Communist Manifesto and other writings. Further discussion of these matters can be found here.

If we drop the ideological baggage of the “dictatorship of the proletariat,” however, we will find that at a more fundamental level of Marxist theory there is a clue to how a transition out of corporate capitalism may occur — how, in fact, it will have to occur, if it is to happen at all. From a broad perspective, there is only one path to a post-capitalist society (leaving out the possibility of nuclear holocaust and total systemic collapse).

Transforming the “Economic Base”

The key to imagining a positive outcome of the decline of the contemporary order lies in the Marxian idea that production relations are the foundation of every society. That is, political, cultural and ideological structures are grounded in class structures. The obvious corollary is that a post-capitalist society can evolve only on the basis of the evolution of new production relations, i.e., class (or rather, “no-class“) relations. Just as new economic relations emerged over centuries during Europe’s transition from feudalism to industrial capitalism — and it was on the ground of these structures that a new society developed — so new ways of organizing production will have to evolve in the coming generations in order for humanity to live to see a less crisis-ridden era than the present.

More precisely, inasmuch as the predatory regime of corporate capitalism is founded on the privatization of resources (of production, profit, the natural environment, etc.) and on authoritarian and antagonistic relations of production, a more just and stable society will have to be grounded in the public production and distribution of resources, and in relatively democratic and cooperative economic structures.

As such structures progressively emerge over the next 50 and 100 years, a new kind of politics will, necessarily, evolve on their basis. The gradual, global “social revolution” will not, and cannot, be politically willed and imposed after a seizure of state power, as Lenin attempted and Friedrich Engels predicted. (“The proletariat seizes state power, and then transforms the means of production into state property.” What you have in this case is just state capitalism.) Rather, the long-drawn-out political revolutions will occur step-by-step as society, in particular the economy, gradually and organically evolves new, more democratic institutions, precisely to the degree that the old economy descends into crisis.

What will the new institutions look like? Marx was wisely reluctant to speculate in detail about the future. But we’re in a more fortunate position than him, because we can already see the seeds of a new economy being planted. They have yet to sprout in a very visible way, but on the grassroots level there are, nonetheless, glimmers of hope.

Activism around the “solidarity economy” has in the last decade been garnering more and more attention. Worker cooperatives and public banking, for example, are two concepts that are gaining traction, as their growing coverage by journalists and scholars testifies. A recent In These Times feature article on public banks describes the remarkable potential of these institutions, as well as challenges the movement faces. But Shelley Brown, an activist from Santa Rosa, is far-sighted in her optimism: “All it’ll take is the first domino to fall,” she says. “Towns and cities will turn in this direction [toward public banking] because there’s no other way to turn.” She might have added that sooner or later, if economic stagnation and crisis persists (which it’s bound to), states will do so as well, compelled by popular movements and widespread unrest to adopt institutional innovations like public banking.

Worker cooperatives have been more prominently featured in the media than public banking, in part because of their striking successes in both Europe and North America. In my above mentioned book, I tell the story of how the cooperative New Era Windows was formed several years ago in Chicago, a few years after its worker-owners had, as employees of Republic Windows and Doors, made international headlines by occupying their factory. That was in the wake of the 2008 crash, when the factory was about to close and the workers were being denied severance pay and other benefits to which they were entitled. Five years later, with the help of their union (the United Electrical Workers) and a nonprofit called The Working World, they had turned the business into a co-op.

More such successes may emerge following the next economic collapse. Similarly, to bring back manufacturing jobs to the US, more unions may follow the lead of the United Steelworkers in building industrial cooperatives across the country. The cooperative movement is still in its early stages, so one cannot predict what its potential may be. What one can say with a fair amount of certainty is that public pressure will continue to build for measures like these to protect jobs and in so doing transform the economy.

It might seem that such “interstitial” institutions as public banks and worker cooperatives — or even the aggregate of all types of cooperatives, including in the housing, retail, agricultural, insurance, health and credit sectors of the economy — have little or no revolutionary potential, being too marginal for that. And certainly, for now, this criticism has force. Whether it will still have force 40 or 50 years from now — after economic and environmental crises have savaged the dominant political economy and popular movements have had time to build substantial bases of power — is an open question. Given the unpredictability of history, it is hopelessly myopic to arbitrarily declare that all “localized,” decentralized, municipal or regional attempts to build oppositional institutions will forever be condemned to marginality and cannot serve as nodes of national and international anti-capitalist movements.

The Inevitable Reaction Against Neoliberalism

In any case, the necessity of creating public forms of economic interaction to save society, in the long run, from the total destruction that will ensue if the privatization and marketization of everything continues unchecked implies that some form(s) of public banking and producer cooperativism will, sooner or later, have to become hegemonic. The hegemony of such institutions is precisely what the revolutionary goal has always been. “Cooperativism” is just another name for workers’ democracy, which is the ideal that has always guided Marxists and other radicals.

It may be that (as Marxists have traditionally argued) the nationalization of key industries will eventually prove necessary and possible; but the idea of national industries democratically run is, in effect, just the idea of worker cooperativism writ large and transposed to the political sphere. The more the idea of democratic administration and ownership — as in municipal enterprise, community land trusts, cooperatives, participatory budgeting, etc. — permeates the public consciousness, the more likely it is that assaults on the commanding heights of corporate capitalism will become feasible.

If dire prophecies of another economic collapse, one even more serious than that of 2008-2009 are borne out, the chaos that follows will surely, in the end, empower “radical reformers” agitating for a more democratic and cooperative political economy — in addition to more conventional progressives demanding a reversal of the international austerity regime. For it is hard to see how in such a scenario popular movements can continue to be suppressed indefinitely, everywhere. And insofar as activists press for a transformation of production relations (at the local, regional, national and international levels) — in the direction of abolishing the private appropriation of profits and the authoritarian, exploitative structures of business — they will be laying the groundwork for truly revolutionary changes. The sorts of changes that will someday, perhaps, make possible a move away from the capitalist “growth economy” that cannot but devour nature, people, democracy, and society itself.

In short, while it’s necessary to abandon the old Marxian conception of proletarian revolution, the central insights of Marxism give us clues into how a gradualist revolution might proceed. We have to embrace the project of slowly building a new economy from the ground up, while continually agitating for changes in national policy that will facilitate such a project. This is what a 21st-century Marxism looks like.