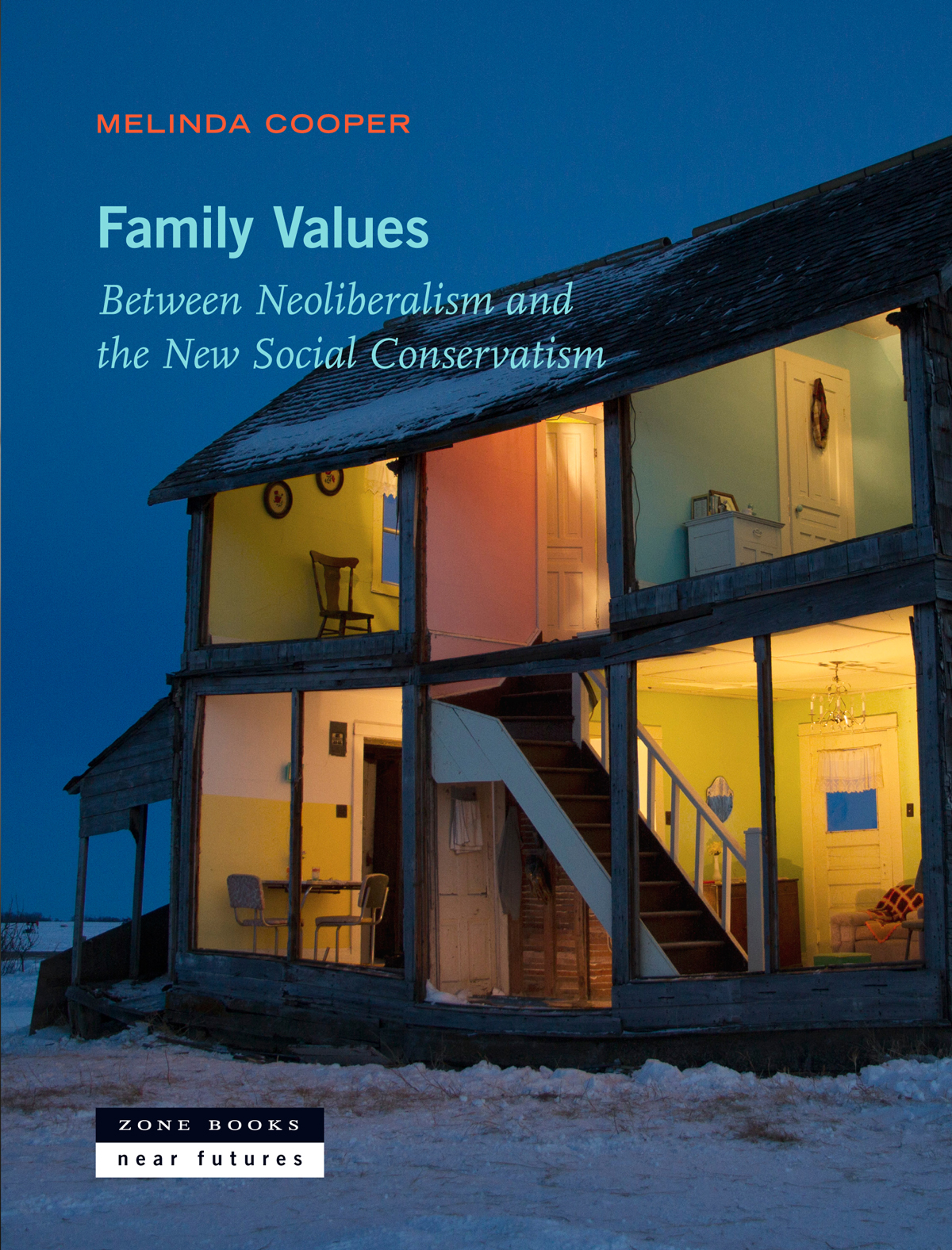 By Melinda Cooper. From MIT Press:

Why was the discourse of family values so pivotal to the conservative and free-market revolution of the 1980s and why has it continued to exert such a profound influence on American political life? Why have free-market neoliberals so often made common cause with social conservatives on the question of family, despite their differences on all other issues? In this book, Melinda Cooper challenges the idea that neoliberalism privileges atomized individualism over familial solidarities, and contractual freedom over inherited status. Delving into the history of the American poor laws, she shows how the liberal ethos of personal responsibility was always undergirded by a wider imperative of family responsibility and how this investment in kinship obligations is recurrently facilitated the working relationship between free-market liberals and social conservatives.

Neoliberalism, she argues, must be understood as an effort to revive and extend the poor law tradition in the contemporary idiom of household debt. As neoliberal policymakers imposed cuts to health, education, and welfare budgets, they simultaneously identified the family as a wholesale alternative to the twentieth-century welfare state. And as the responsibility for deficit spending shifted from the state to the household, the private debt obligations of family were defined as foundational to socioeconomic order. Despite their differences, neoliberals and social conservatives were in agreement that the bonds of family needed to be encouraged—and at the limit enforced —as a necessary counterpart to market freedom.

In a series of case studies ranging from Bill Clinton’s welfare reform to the AIDS epidemic and from same-sex marriage to the student loan crisis, Cooper explores the key policy contributions made by neoliberal economists and legal theorists. Only by restoring the question of family to its central place in the neoliberal project, she argues, can we make sense of the defining political alliance of our times, that between free-market economics and social conservatism.