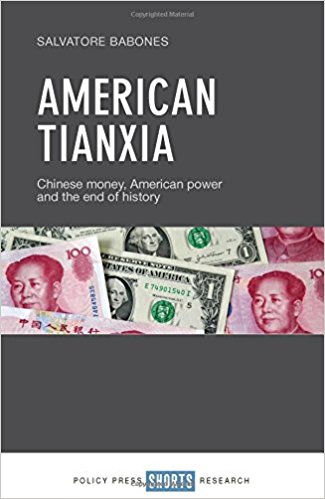 After a meteoric rise, China’s once inexorable growth has come to a screeching halt, ending the Chinese dream of establishing a new tianxia (”harmonious order”;) in Asia with China at its center. In this book, Salvatore Babones provides an up-to-date assessment of China’s economic problems and how they are undermining China’s challenge to a Western-dominated world. As China’s neighbors and many of its own most talented people look to the United States to ensure their security and prosperity, global power is slowly but surely consolidating in a twenty-first-century American tianxia. A closely argued antidote to defeatist accounts of Western decline, American Tianxia explores how liberal individualism has become the leitmotif of an emerging order in which people of all nationalities seek a share in the economic, cultural, and political system that is America writ large.