Some Remarks on MMT & Marxism in Light of David Harvey’s “Marx, Capital, and the Madness of Economic Reason” 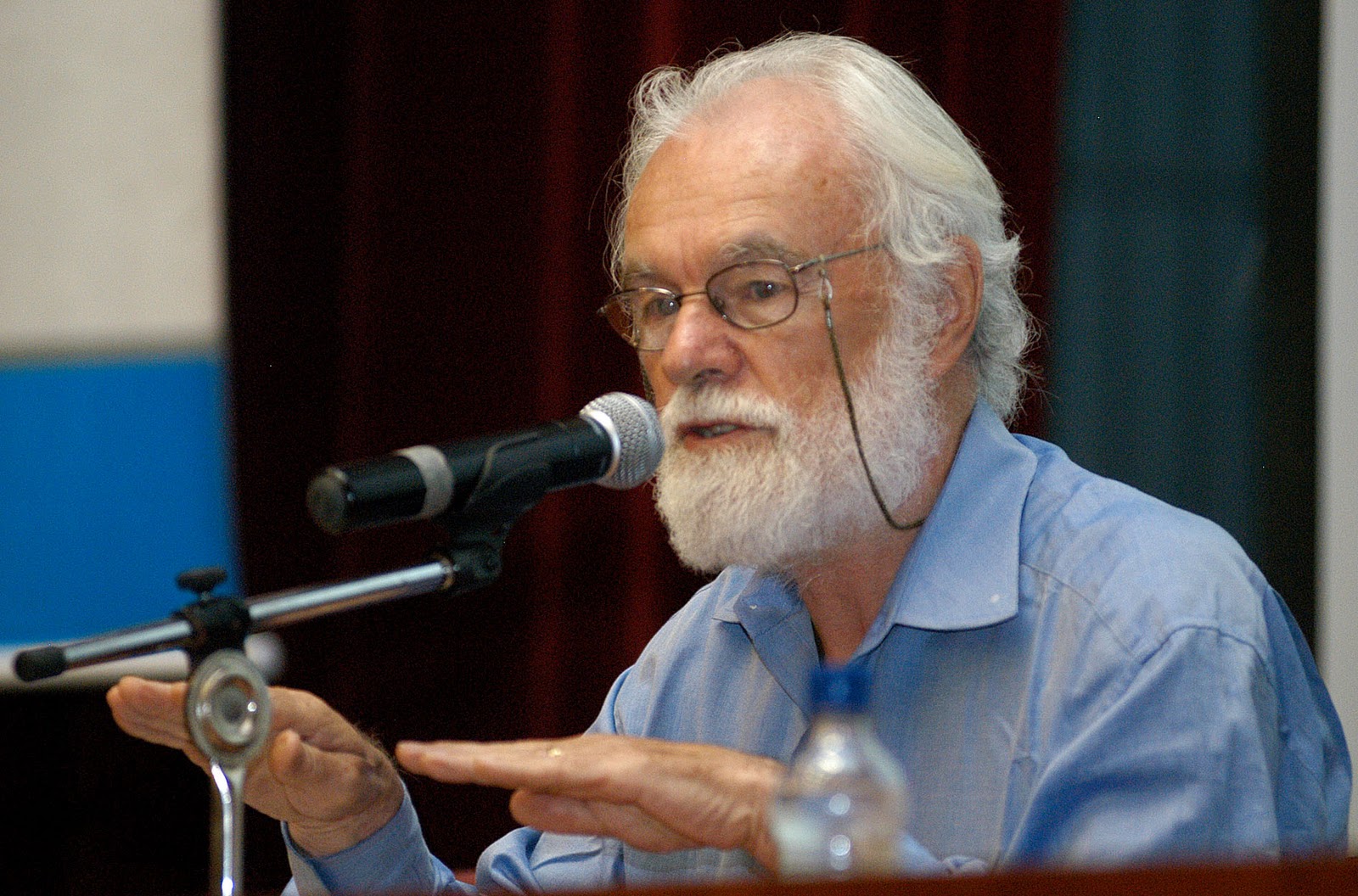 Epicurus supposed that even in the midst of the void the atoms declined slightly from the straight line, and from this, he said, arose freedom.

Money is no object.

Viewed from afar, Modern Monetary Theory (MMT) and Marxism appear opposed. Contemporary Marxists such as Anwar Shaikh reject MMT and, typically, MMT is disassociated from Marxism when presented to the public. In truth, however, MMT and Marxism share an entangled history that thwarts neat distinctions and oppositions.

For one, Karl Marx’s intervention stands at the origin of critical political economy. Insisting that the modern money systems that mainstream economics deem natural and self-correcting are in truth politically constructed and destabilizing, Marxism functions as a philosophical torchbearer for the heterodox post-Keynesian tradition from which MMT arises. What is more, post-Keynesianism itself comprises a kaleidoscopic conflagration of Keynesian and Marxist impulses, which cannot be sharply dis-articulated.

In terms of direct influence, MMT owes many specific insights to the history of Marxist thought. MMT relies heavily on post-Keynesian theories of effective demand and stock-flow consistency, both of which are traceable to the second and third volumes of Marx’s Capital. Moreover, MMTers such as Bill Mitchell, Mathew Forstater, and Peter Cooper regularly draw upon Marxist concepts and arguments in their writings, paying express heed to Marxism’s ongoing relevance for MMT.

Meanwhile, post-Keynesian circuitist theory has increasingly prioritized state credit money in their analyses of the monetary circuit (M-C-M’) outlined in the first volume of Capital. Especially interesting in this regard are European Marxist circuitists like Riccardo Bellofiore who overtly mobilize MMT’s insights. Forging novel connections between Marxism, post-Keynesianism, and MMT, Bellofiore and his followers continue to uncover important genealogical and theoretical linkages among these projects.

One might say far more about the linkages and discordances that riddle heterodox economics. Here, I merely wish to demonstrate the folly of treating MMT and Marxism as unrelated or categorically opposed. To do so is to overlook post-Keynesianism’s paramount role within the history of heterodox economics and to repress the contested field of inquiry to which both MMT and Marxism belong.

Still, when it comes to questions of social ontology, it becomes necessary to reckon with what genuinely distinguishes MMT from Marxism and thus cuts through the genealogical entwinements sketched above. Generally speaking, scholarly and public debates skirt around MMT’s and Marxism’s competing ontological commitments. Instead, they argue over the technical operations of political economy and the political responses various crises necessitate. Upon closer inspection, however, it turns out that tacit ontological divisions structure such contests from start to finish.

Nonetheless, I wish to risk articulating outright the underlying rift that cleaves MMT and Marxism. Marxism attributes the greatest degree of being to immediate material relations and imagines monetary abstraction as a necessary diminishment and volatilization of said relations. By contrast, MMT treats remote obligations to a centralized currency issuer as ontologically prior to any decentered association and sees monetary abstraction as a means to at once socialize and enlarge relations of production and distribution. Hence Marxism assumes that money is a private, alienating, and crisis-ridden exchange relationship that ought to be overcome. Yet MMT holds money to be a boundless public utility that, while by no means untroubled, is well-equipped to actualize radical collectivist ends.

This ontological cleavage becomes clearest in the ways that Marxism and MMT explain employment and unemployment. For the Marxist, employment comes into being through private wage contracts between firms and workers. Unemployment is then understood principally as a negative relation, functioning as a constitutive excess that reciprocally shapes capitalist production and exchange from the outside. For the MMTer, however, unemployment is a positive relation that results from the tax obligation. No unemployed person sits outside this public obligation and government is ultimately responsible for determining the employment level.

As I have already noted, some Marxists embrace chartalism’s grounding of money in centralized governance and a handful of MMTers work in a Marxist idiom. Yet beneath this exchange of ideas looms an irreconcilable split over political economy’s center of gravity. That is, despite their shared histories and convergences, Marxism and MMT offer us two very different Gestalts of the macro-economic order.

Perhaps the best way to make sense these contrasting pictures is to take seriously the turn of phrase center of gravity. For all its dubiousness, Marxism has adopted a literal and curiously pious relation to physical gravitation. Strewn with gravitropic metaphors, Marxist literature tends to subordinate the macro-economic reality to material gravity, whereby far-flung abstractions always come down to material interactions between particular individuals. Hence Marx’s characterization of communism as the impulse to gather abstractly dispersed social activities back to their immediate earthly origins. As Marx writes in The German Ideology, “The reality that communism creates is precisely the true basis for rendering it impossible that anything should exist independently of individuals, insofar as reality is nevertheless only the product of the preceding intercourse of individuals.” In Marxism, then, the fulcrum of social reality is that place where physical gravitation brings bodies into immediate contact and revolutionary praxis aims at expelling non-immediate or “ideal” influences from these direct relations.

Eschewing Marxism’s gravitropic metaphysics, MMT locates the center of macro-economic activity in an abstract legal rapport between the currency issuing center and the body politic that depends upon the currency to physically survive and thrive. On this model, the totality hangs on money’s governing center and unfolds as an interlocking cascade of mediation that conditions economic life as a whole. “[T]he hierarchy of money can be thought of as a multitiered pyramid where the tiers represent promises with differing degrees of acceptability,” explains Stephanie Kelton (née Bell). “As the most acceptable money in the hierarchy, the state’s debts serve as both a means of payment and a medium of exchange in private transactions.” Despite its “ideal” status, however, money’s topological hierarchy is no second-order phenomenon, according to MMT. Money is not a mere “expression” or “representation” of aggregate private value creation. Instead, MMT supposes that money’s fiscal backbone and macro-economic cascade together actualize a shared material horizon of production and distribution.

There is no treatise on physical gravitation in the MMT corpus. The term “gravity” appears nowhere in MMT’s myriad publications, as far as I have seen. Yet a careful reading of MMT’s texts reveals a subtle inversion in the topological relationship between the ideal and the real that not-so-subtly downgrades gravity’s metaphysical import for critical political economy.

Like Marxism, MMT grounds value in the construction and maintenance of a collective material reality. It accordingly rejects Neoclassical utility theory, which roots value in the play of individual preferences. Only, in contrast to Marxism, MMT argues that the production of value is conditioned by money’s abstract fiscal capacity and the hierarchy of mediation it supports. MMT hardly dismisses the pull of physical gravitation on human reality. Rather, it implicitly de-prioritizes gravity’s causality in political and economic processes, showing how the ideal conditions the real via money’s distributed pyramidal structure.

As a consequence of this inversion, MMT lends greater acuity to economic analysis. Still more important, it radically expands the political horizon concerning what is possible under a modern money economy. Indeed, by eschewing physical gravitation as the origin and telos of politics, MMT keys the struggle for political power to a commodious public abstraction, while refusing one-sided denunciations of money as some inevitable fall from grace.

At last, this brings me to the Marxist work referenced in my title: David Harvey’s, “Marx, Capital, and the Madness of Economic Reason,” a talk based on his forthcoming book of the same title. I have no doubt that MMT and Marxism will have much to offer one another for years to come. What worries me about Harvey’s latest project, however, is that it doubles-down the Liberal monetary imagination. In so doing, it blocks the capacious macro-economic Gestalt that MMT makes perceptible, along with the radical political possibilities this Gestalt makes immediately actionable.

Rather than affirming state spending as the macroeconomic backbone of production and distribution and a powerful weapon for political transformation, Professor Harvey deems private exchange the threshold of value’s realization and public money as mere “anti-value” and “fictitious capital.” The result renders government money just as flimsy and reckless as private speculation.

A number of passing claims flow forth from these faulty macro-economic premises:

Worst of all is the central metaphor that anchors Harvey’s forthcoming publication: the water cycle. Appealing to a punishingly gravitropic image, Harvey at once metaphorizes and diagrams the monetary circuit as a water cycle that is spiraling out of control. Drawing on G. W. F. Hegel’s terminology, he brands money’s endless unraveling a “bad infinity,” an infinite regress that leads nowhere but into further crisis. With this, Harvey surmises that our collective future becomes like so many homes during the aftermath of the 2007 – 08 financial crash: foreclosed.

In a sense Harvey is correct: contemporary neoliberalism is grim. Seen through the eyes of MMT, however, the future hardly looks foreclosed. Private debt can become a “bad infinity.” But public money is the best kind of infinity and it constitutes the center around which this forsaken system turns.

Marxism is a rich, heterogeneous project that continues to bear fruit. Yet unless critical political economy begins to relinquish its gravitropic attachments to a finite Liberal money form, Harvey’s bleak diagnosis will almost certainly turn into a self-fulfilling prophesy.