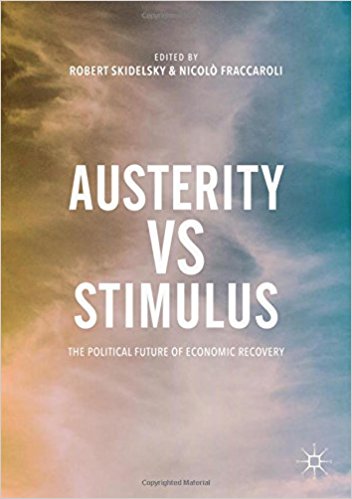 This timely book debates the economic and political logic of the austerity policies that have been implemented in the UK and in the Eurozone since 2010 and asks whether there is any alternative for these countries in the years ahead. The work reconsiders the austerity versus stimulus debate through the voices of those who proposed the successful idea of expansionary austerity and those who opposed it. The editors have brought together a collection of articles written by some of the most notable figures in the discipline, including the likes of Alberto Alesina, Ken Rogoff, Tim Besley, David Graeber, Vince Cable, and Paul Krugman. The book also features the debate between Niall Ferguson and Robert Skidelsky. These leading thinkers unveil a world where economists are far from agreeing on economic policy, and where politics often dominates the discussion. The question of whether the British government should have opted for austerity runs through the book, as well as how sustained economic recovery should be encouraged in the future. Scholars, students and members of the general public with an interest in the financial crisis and its lingering aftermath will find this work invaluable.