Marx’s “Capital” at 150: History in Capital, Capital in History 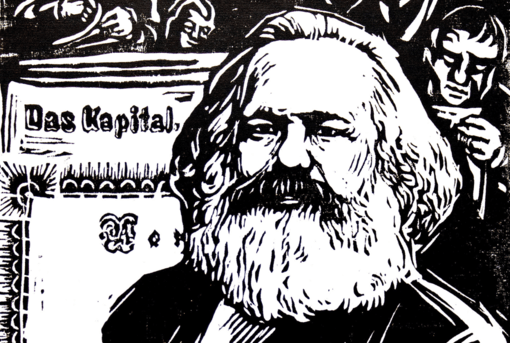 ‘Marx was the best hated and most calumniated man of his time’, Engels remarked in his graveside oration, because he discovered two things that struck at the heart of capitalism. Firstly, it was neither natural nor eternal. It rests on entirely unnatural historical processes forcibly or fraudulently separating the mass of humanity from its means of production, leaving it dependent on employment by the appropriators of those means. Such a contradictory and antagonistic social order had to end. The only question was whether it would take humanity with it, and that depended on the choices humanity made. Secondly, Marx discovered the ‘special laws’ of capitalism; how workers were exploited for surplus value, how capitalists and other property-owners struggled over its distribution and – and because capitalism does not have a ‘global’ political economy but a geopolitical economy in which states and their relations are central – how these contradictions manifested themselves in international competition and imperialism.

The first volume of Capital – published one hundred and fifty years ago this September – is an exposition of the second discovery and rests on the first. It is historical in two senses. Its capitalism is historically specific, with a particular place in the past and future of humanity. And the contradictory dynamics of the struggles between and within classes and nations that propel its turbulent and crisis-ridden history show that capitalism was made, and can be unmade, by social choices. That is why Capital also became part of history of the capitalist world as no other book, with working class movements and revolutions organised under its banner in an arc of popular struggle stretching more than a century until recent, neoliberal, decades.

Today a new generation, experiencing major capitalist crises, increasingly concerned about its prospects and rising inequality, is powering radical movements in the homelands of capitalism behind figures and forces such as Sanders, Corbyn, Mélanchon, Die Linke, Podemos and Cinque Stelle. Will it bring Capital back into the history of these countries? Not before the burden of western misinterpretation that has accumulated over it for a century and a half, nearly crushing it, is removed. That involves rejecting more of our intellectual legacy, mainstream and ‘Marxist’, than we imagine.

Just three years after Capital appeared, the 1870 ‘Marginalist Revolution’ founded neoclassical economics because Marx had resolved the key conundrums of classical political economy – what value was, where surplus value came from, why crises occurred, why the profit rate declined, how wages were determined – in the only way possible, by exposing its exploitative, crisis-ridden and internationally aggressive character. As working classes became increasingly assertive, classical political economy could no longer legitimise capitalism. Europe’s capitalist classes needed an alternative and one arrived, as if on cue: a systematization of what Marx had  lambasted and lampooned in Capital as ‘vulgar economics’, particularly in the ‘The Fetishism of Commodities’.

We know it today as neoclassical economics. It narrowed the focus of analysis – to exchange, leaving out production; to prices leaving out values; and to the agency of individuals, leaving out classes. Its equilibrium assumptions left capitalism’s contradictions and crisis out: they could hardly be denied but were considered exogenous, striking capitalism from outside.

Around such an economics, Max Weber, originally trained as an economist, founded a new social scientific division of labour, first hiving off sociology from economics claiming that modern (i.e. capitalist) societies differentiate into autonomous spheres needing separate study. Of course, the economy’s autonomy mattered most, permitting capitalists to keep control of the pace and pattern of economic growth irrespective of performance. Today we perceive the problems with this organisation of knowledge only dimly, lamenting the separation of the social sciences and conjuring with ‘inter-’ and ‘multi-disciplinarity’ but overlooking the far greater blow they dealt, draining history from society.

In Marx’s historical approach, organised human collectivities (classes, parties, states) made choices, acting in inherited situations to drive history forward. In the new social sciences social arrangements, the products of human historical decisions and actions, confront us as ‘laws’ to be obeyed, not changed. Such social sciences couch everything in simple present tense – parties do this, governments to that, inflation does this, unemployment does that forgetting that parties change over time, no two episodes of inflation or unemployment are the same and the actions of historical agents change the terrain of the further unfolding of history. The historical work of necessarily national classes, parties and states in managing capitalism’s contradictions through domestic and international actions were written out of the script. Nothing could be farther from Capital.

Capital showed how capitalism was distinguished from previous forms of social production by the production of (abstract) value. It was the measure of labour embodied in its alienated products. The mechanisms of competition, by forcing technological improvement, pushed the value of products down to a ‘socially necessary’ level, improving social productivity and developing the forces of production. Unifying the two main types of capitalist contradictions, the inter-class contradiction of exploitation and the intra-class  contradiction of competition between firms and nationally organised blocks of capital – value production had lurched from crisis to crisis and experienced increasing legitimacy deficits thanks to its anarchy and injustice. Once economics eliminated value production as the historical distinctiveness of capitalism and its contradictory as well as its progressive motor , we had ahistorical capitalism: stable, eternal and unchanging. We lost the central plot that makes its tumultuous history intelligible.

The social sciences’ intellectually impoverished understanding would have been no match for Capital. However, Marxists themselves wheeled the neoclassical Trojan horse into the Marxist citadel. Within a decade or so of its emergence, intellectuals coming over the side of Marxism and the working class were bringing their neoclassical training with them. Early immersion into the latter had its effect. Rather than rejecting it, they began trying to fit Marxism into the antithetical theoretical and methodological framework of neoclassical economics.

This tendency was already at work in the Second International: Rosa Luxemburg battled its first incursions when she questioned her comrades’ interpretation of the reproduction schemas in the second volume of Capital. It also lay behind the Second International’s Marxism becoming ‘positivist’. Today it has grown into an anti-Marxist ‘Marxist economics’ making absurd claims: that Capital suffers from a ‘transformation problem’ because it could not translate ‘values’ into ‘prices’; that capitalism does not suffer from deficits of consumption demand; that the rate of profit does not fall; that Marx has a commodity theory of money. The list could go on. The rest of the ‘Marxist’ social sciences warn against ‘economic determinism’ (which is only possible after economics is separated from other social spheres as it is not in Capital.) Today these trends offer us the spectacle of rock-star Marxist scholars who have taught Capital for decades telling us there is no history in Capital.

What does all this mean for those approaching Capital today? Quite simply, Capital will not re-enter history, the one you must make  to prevent capitalism taking humanity down with it, unless you recover the history in it. Park your ahistorical economics and social sciences at the door before you enter. They are not aids to understanding the greatest analysis of how we got here and where we might be headed. Read what Marx says. Pay no attention to those that tell you Capital is hard: they are merely saying ‘read my book first’. You have limited time: spend it on reading Capital.  If you must read an introduction, Ernest Mandel’s, remarkably brief and unsullied by the problems discussed here, will do amply. Remember, Capital was serialised in a workers’ paper. You are today’s workers and Capital is your invitation card to history.