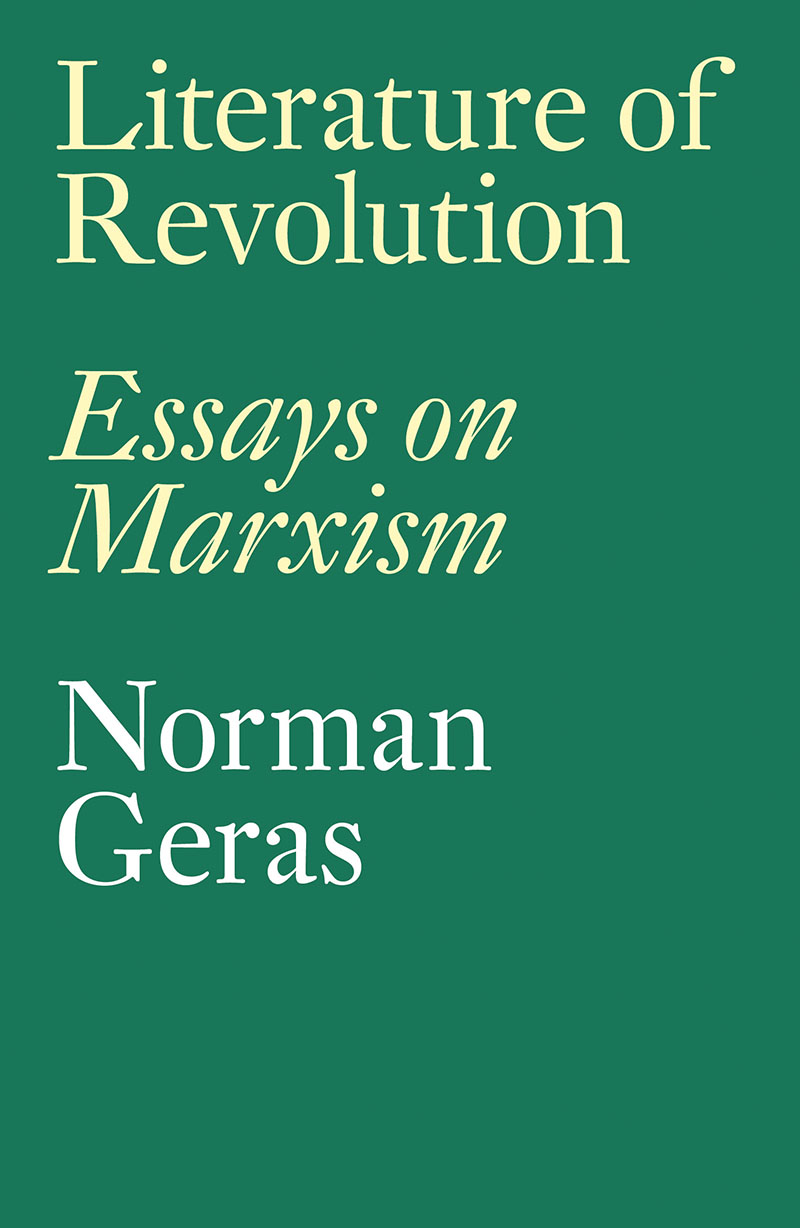 By Norman Geras. From Verso:

This influential collection explores the pivotal texts and topics in the Marxist tradition. Ranging over questions of social theory, political theory, moral philosophy and literary criticism, it looks at the thought of Marx and Trotsky, Luxemburg, Lenin and Althusser. Included here are Geras’s influential and widely cited treatment of fetishism in Capital, his comprehensive review of debates on Marxism and justice, discussions on political organization, revolutionary mass action and party pluralism, and a novel analysis of the literary power of Trotsky’s writing.