New Book: The End of Progress – Decolonizing the Normative Foundations of Critical Theory 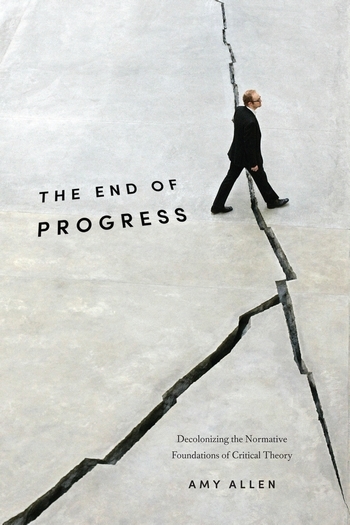 While post- and decolonial theorists have thoroughly debunked the idea of historical progress as a Eurocentric, imperialist, and neocolonialist fallacy, many of the most prominent contemporary thinkers associated with the Frankfurt School—Jürgen Habermas, Axel Honneth, and Rainer Forst—have defended ideas of progress, development, and modernity and have even made such ideas central to their normative claims. Can the Frankfurt School’s goal of radical social change survive this critique? And what would a decolonized critical theory look like?

Amy Allen fractures critical theory from within by dispensing with its progressive reading of history while retaining its notion of progress as a political imperative, so eloquently defended by Adorno. Critical theory, according to Allen, is the best resource we have for achieving emancipatory social goals. In reimagining a decolonized critical theory after the end of progress, she rescues it from oblivion and gives it a future.