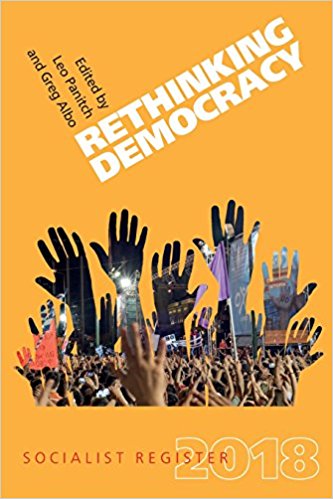 For years, intellectuals have argued that, with the triumph of capitalist, liberal democracy, the Western World has reached “the end of history.” Recently, however, there has been a rise of authoritarian politics in many countries. Concepts of post-democracy, anti-politics, and the like are gaining currency in theoretical and political debate. Now that capitalist democracies are facing seismic and systemic challenges, it becomes increasingly important to investigate not only the inherent antagonism between liberalism and the democratic process, but also socialism. Is socialism an enemy of democracy? Could socialism develop, expand, even enhance democracy?

While this volume seeks a reappraisal of existing liberal democracy today, its main goal is to help lay the foundation for new visions and practices in developing a real socialist democracy. Amid the contradictions of neoliberal capitalism, the responsibility to sort out the relationship between socialism and democracy has never been greater. No revival of socialist politics in the twenty-first century can occur without founding new democratic institutions and practices.