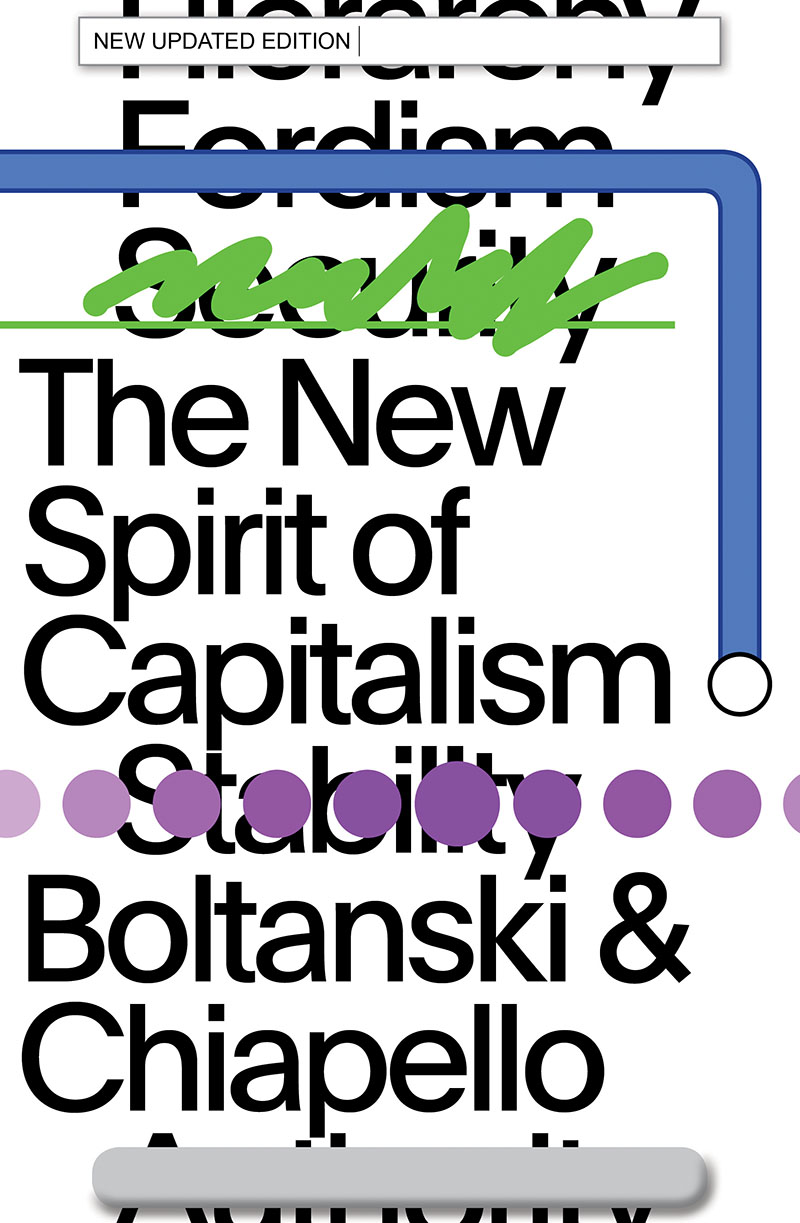 by Luc Boltanski and Eve Chiapello, translated by Gregory Elliott. From Verso:

In this major work, sociologists Luc Boltanski and Eve Chiapello go to the heart of the changes in contemporary capitalism. Via an unprecedented analysis of the latest management texts that have formed the thinking of employers in their reorganization of business, the authors trace the contours of a new spirit of capitalism. They argue that from the middle of the 1970s onwards, capitalism abandoned the hierarchical Fordist work structure and developed a new network-based form of organization that was founded on employee initiative and autonomy in the workplace—a “freedom” that came at the cost of material and psychological security. The authors connect this new spirit with the children of the libertarian and romantic currents of the late 1960s (as epitomised by dressed-down, cool capitalists such as Bill Gates and “Ben and Jerry”) arguing that they practice a more successful and subtle-form of exploitation. Now a classic work charting the sociological structure of neoliberalism, Boltanski and Chiapello show how the new spirit triumphed thanks to a remarkable recuperation of the left’s critique of the alienation of everyday life that simultaneously undermined their “social critique.” In this new edition, the two author reflect on the reception of the book and the debates it has stimulated.