New Book: Greece and the Reinvention of Politics 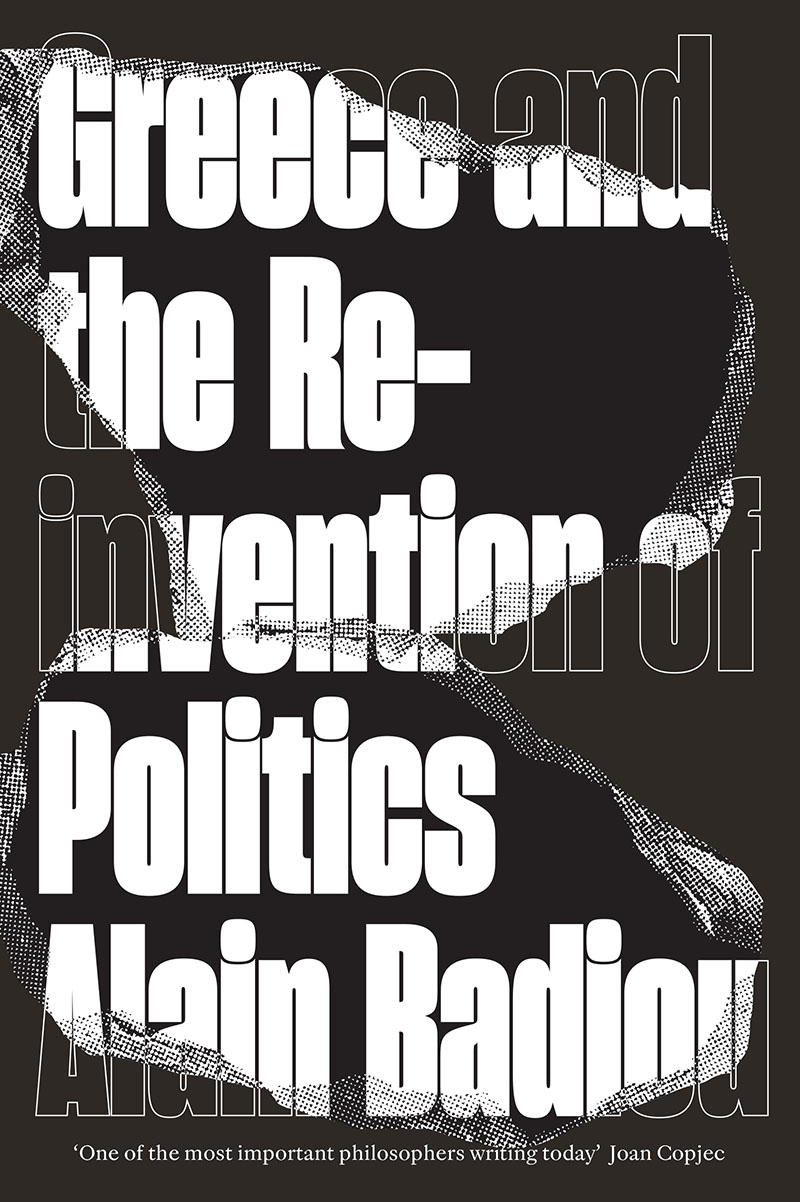 by Alain Badiou. Translated by David Broder. From Verso:

In a series of seven trenchant interventions Alain Badiou analyses the decisive developments in Greece since 2011. Badiou considers this Mediterranean country “a sort of open-air political lesson”, with much to tell us about the wider situation. Greece is exemplary of “our fundamental contradictions in Europe, which are also ultimately the fundamental contradictions of the world such as it is—the world served up to the authoritarian anarchy of capitalism.”

Notwithstanding the Greeks’ heartening opposition to the financial markets’ hegemony, Badiou considers it also important to address the reasons why this opposition failed. “Movementist” politics may arouse widespread sympathy, but for the French philosopher they have “absolutely no effect other than to temporarily trap the movement in the negative weakness of its affects.”

Badiou argues that a consequential opposition inspired by the emancipatory politics of the past—or by what he calls “the communist hypothesis”—should set its compass by the “orienting maxims” proposed in this book, defining a direction for political action.