A short note on the essence of social theory 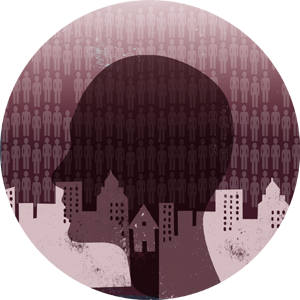 The epistemological practicality of social theory is to draw a unifying essence, a sensibility of coherence, to latent functions alleged to govern manifested social phenomena, so as to strive to apperceive a richer, fuller, more comprehensive view of the social world. It establishes the appropriate consciousness needed to untie the Gordian knot of social complexity, in order to surpass rudimentary postulates concerning the nature of human behavior. Ergo, this invokes perspicacity, which is concerned with elucidating the intrinsic underlying causal relationships that ultimately rest on tendentious conceptions of what is deemed socially significant—the Hegelian notion of truth submerged and contained within the confines of appeared ‘being’— and thus furnishes meaning and understandability. In this sense, social theorizing gives us a perception of what possibilities exist for social action, highlighting ethical and practical horizons.

Since theory always serves as an ideational framework to provide explanatory accounts of social phenomena, assumptions concerning the nature of social reality are fundamental. As such, aspects of conscientiousness precede empirical investigation; it is merely impossible to separate the knowing mind from the object inquiry. Theoretical lenses are structured by deeper philosophical commitments, and, as a result, they will produce different types of stories, narratives, and debates, which ultimately reflect these commitments.

For this reason, theoretical approaches are distinguished on the basis of social purpose; there is no such thing as theory in itself, divorced, as alluded to above, from social reality. Theory is intrinsically normative for it incorporates a set of prescriptions as to how humans should conduct themselves in society. Thus, what Joseph Schumpeter labeled as ‘pre-analytical visions’ dictate modes of examination and inquisition. Second-order questions of ontology concerning human agency, and its relationship to social structures, lies at the beginning of any project of social-scientific enquiry. The implication is that it is merely impossible to define a social problem without considering what exactly is to be determined as problematic. ‘Pre-analytical visions’ will lead to entirely different attitudes towards social settings, and will have pertinent implications for social-scientific assessments of the human condition.