New Book: The Russians Are Coming, Again – The First Cold War as Tragedy, the Second as Farce 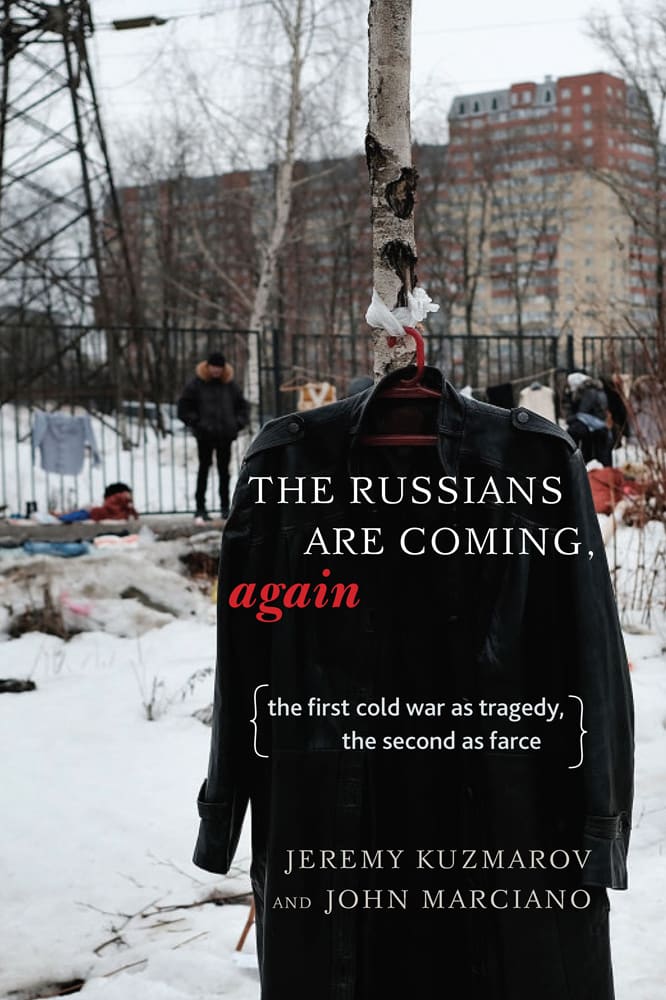 by Jeremy Kuzmarov and John Marciano. From Monthly Review Press:

Karl Marx famously wrote in The Eighteenth Brumaire of Louis Napoleon that history repeats itself, “first as tragedy, then as farce.” The Cold War, waged between the United States and Soviet Union from 1945 until the latter’s dissolution in 1991, was a great tragedy, resulting in millions of civilian deaths in proxy wars, and a destructive arms race that diverted money from social spending and nearly led to nuclear annihilation. The New Cold War between the United States and Russia is playing out as farce—a dangerous one at that. The Russians Are Coming, Again is a red flag to restore our historical consciousness about U.S.-Russian relations, and how denying this consciousness is leading to a repetition of past follies.

Kuzmarov and Marciano’s book is timely and trenchant. The authors argue that the Democrats’ strategy, backed by the corporate media, of demonizing Russia and Putin in order to challenge Trump is not only dangerous, but also unjustified, misguided, and a major distraction. Grounding their argument in all-but-forgotten U.S.-Russian history, such as the 1918-20 Allied invasion of Soviet Russia, the book delivers a panoramic narrative of the First Cold War, showing it as an all-too-avoidable catastrophe run by the imperatives of class rule and political witch-hunts. The distortion of public memory surrounding the First Cold War has set the groundwork for the New Cold War, which the book explains is a key feature, skewing the nation’s politics yet again. This is an important, necessary book, one that, by including accounts of the wisdom and courage of the First Cold War’s victims and dissidents, will inspire a fresh generation of radicals in today’s new, alarmingly farcical times.