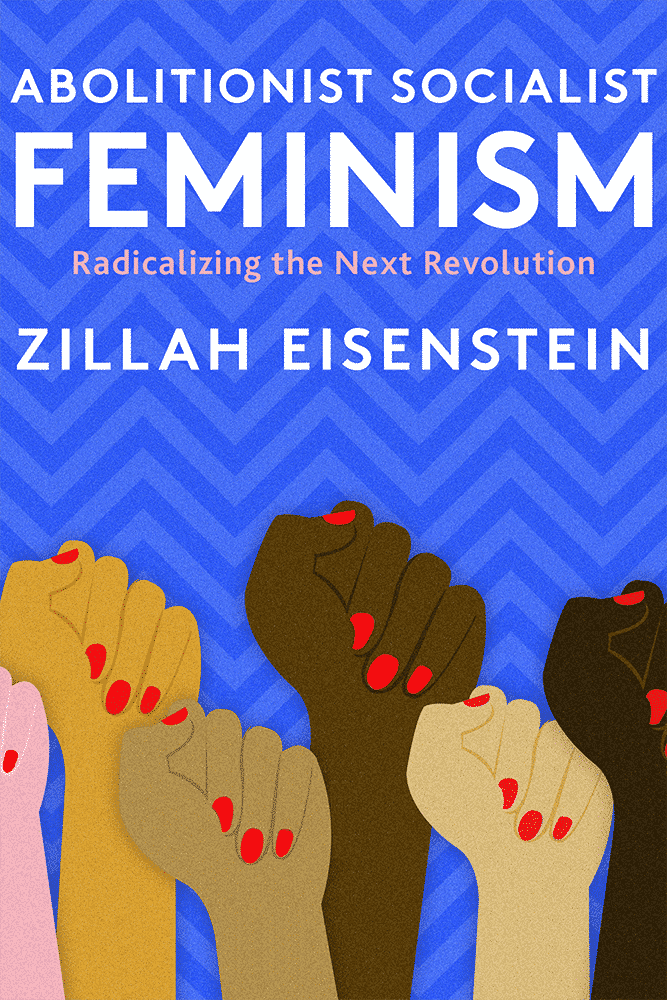 The world is burning, flooding, and politically exploding, to the point where it’s become abundantly clear that neoliberal feminism—the kind that aims to elect The First Woman President—will never be enough. In her vibrant, politically personal essay, Zillah Eisenstein asks us to consider what it would mean to thread “socialism” to feminism; then, what it would mean to thread “abolitionism” to socialist feminism. Finally, she asks all of us, especially white women, to consider what it would mean to risk everything to abolish white supremacy, to uproot the structural knot of sex, race, gender, and class growing from that imperial whiteness. If we are to create a revolution that is totally liberatory, we need to pool together in a new working class, building a radical movement made of movements.

Eisenstein’s manifesto is built on almost half a century of her antiracist socialist feminist work, in its many iterations. But now, she writes with a new urgency and imaginativeness. Eisenstein asks us not to be limited by reforms, but to radicalize each other on differing fronts. Our task is to build bridges, to connect progressive candidates with environmental activists; striking teachers from West Virginia to Los Angeles with Black Lives Matter and the Black Youth Project 100; gun control advocates with incarcerated people involved in prison strikes; disabled people demonstrating in D.C. with transgender rights people reconfiguring the sexual binary; the #MeToo movement with Standing Rock Water Protectors… The genius force demanding that we abolish white supremacy can also create a new “we” for all of us—a humanity universally accepting of our complexities and differences. We are in uncharted waters, but that is exactly where we need to be.\