The prevalence of populism after the Great Recession 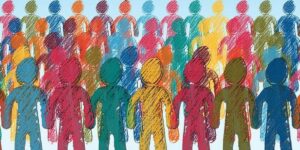 Virtually everywhere, since the onset of the Great Recession, populist movements of various signs seem to be on the rise. On the one hand, markedly reactionary and xenophobic populist experiences are commonly associated with Trump in the US, Bolsonaro in Brazil, or Le Pen in France, among others. On the other hand, Podemos in Spain, or Syriza in Greece, are widely held as prominent examples of left-wing populisms.

Beyond being lumped together by the mainstream media, is there any sort of commonality among these seemingly disparate movements? Is their emergence related to the Great Recession, and the way it has been handled by economic elites? Are they related to neoliberal capitalism? Or is it a matter of mere historical contingency?

The term populism is often used as a pejorative, being generally associated with a demagogic discourse which self-consciously distorts social reality in order to advance one’s own aims. However, the concept of populism has recently gained conceptual clarity in the work of Argentinian thinker Ernesto Laclau. In a context marked by sharp institutional disintegration, where a variety of unsatisfied demands cannot be responded to by the existing order, populism refers to a mode of constitution of political identities where a popular identity is constituted through gathering together those unsatisfied demands in opposition to a common group.

Therefore, Laclau’s understanding of populism refers exclusively to the form in which such a novel popular identity is constructed, and not to the very content articulated in such an identity. It follows that populism can serve very different ends depending on which social group is positioned as the main antagonist of the resulting popular identity. In case the latter were opposed to, say, the financial or economic elites, it might probably acquire a progressive and/or emancipatory character. If, on the contrary, such a popular identity were constructed in opposition to some dispossessed group, the resulting construction would surely show a markedly reactionary character.

However, for populist interpellations to be prevalent, certain social conditions ought to be satisfied, namely, a situation of institutional decomposition where a variety of heterogeneous demands simultaneously erupt the political arena, in such a manner that the existing order cannot deal with them in an orderly and satisfactorily manner. When that is the case, a possibility emerges of linking together these various demands in a new popular identity on the basis of them being rejected by the status quo.

I contend that the current pervasiveness of populist expression is inherently related to the institutional bases regulating economic activity under neoliberalism and, by extension, the type of systemic breakdown it gave way to after 2008.

Economic expansion under neoliberalism until 2008 was ultimately grounded upon a variety of highly unsustainable process. The systematic transfer upwards of both income and wealth favored by neoliberal policies placed, at the very core of the expansion, a permanent threat of a realization crisis. However, such an internal imbalance was no impediment for further economic expansion to continue for a long time, as it gave way to several other process which, despite showing an indelibly contradictory character when considered in isolation, nonetheless managed to sustain the economic expansion much longer than it should have been expected.

For instance, the proliferation of asset-bubbles, while crucial to avert declining profitability dynamics, served as well to foster increasing levels of household indebtedness which, in turn, were crucial to maintain rising private consumption levels in the face of widespread wage stagnation.

However, once these various contradictory trends could no longer be jointly reproduced, it was the whole institutional edifice regulating economic activity that crumbled down, rather than just one of its single components. Such a type of systemic breakdown was conducive to populist expressions of protest in its aftermath.

Firstly, given the self-defeating nature of the core processes sustaining economic expansion, the Great Recession came abruptly to the fore once the former could no longer be reproduced, affecting very different areas of the social. As a result, a variety of unsatisfied demands suddenly spread over the whole social structure, unrestricted to any specific area of the latter.

Secondly, because the process of institutional breakdown affected very different areas of the social, the ensuing unsatisfied demands were highly heterogeneous among themselves.

Thirdly, the material conditions of existence of previously dominant social consensuses and expectations could no longer be retrieved in the short term and, as a result, old political identifications and alignments no longer managed to make the new situation intelligible to the different groups involved. These various conditions, as noted above, constitute key prerequisites for populist interpellations to show much higher hegemonic depth.

In sum, the Great Recession delivered a situation where a variety of demands, highly heterogeneous among themselves and with no relations drawn among them, were suddenly found lacking satisfaction. In consequence, the possibility emerged of them coalescing into a new popular identity which, being constructed in opposition to a common enemy, managed to inscribe them into a new political project.

Therefore, the key political battle of our times will not be one between already constituted political identities but, on the very contrary, one between conflicting attempts to build a new ‘people’ through which to gather together disparate sources of dissatisfaction with the existing order. Which popular identity ends up becoming hegemonic, either a progressive one, constructed in opposition to the economic and political elites, or one markedly reactionary, built in contradistinction to some dispossessed group, will heavily affect the process of institutional reconstruction already in course.

For those on the Left, it is crucial not to discard populist forms of interpellation as merely a distorted version of truly emancipatory politics. Failing to appreciate the extent to which the political struggle in the years to come will be dominated by competing and antithetic attempts to build a new ‘people’ might seriously reduce our chances to eventually bring a better world into being.