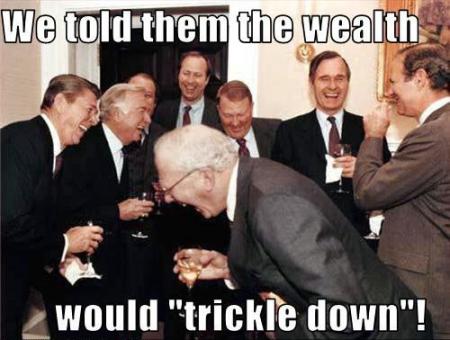 By David M. Fields
Between roughly the early 1940’s and early 1970’s, the financial architecture of the world economy centered on a US engineered Keynesian accumulation agenda, as a response to the devastation wrought by the Great Depression. The capitalist institutional structure, or social structure of accumulation (Kotz, McDonough, and Reich, 1994), rested on finance being subservient to the promotion of  industrial enterprise. With socially-engineered capital-labor compromises in core-capitalist countries, neo-colonial governing institutions in the periphery, and the Bretton Woods system (along with the Marshall Plan), the immediate post-World War II era was a so-called ‘golden age’ of ‘regulated capitalism’.
By the late 1960’s, nevertheless, capital movements began to undermine the Bretton Woods preoccupation with capital controls, as US officials began actively encouraging the growth of the Euromarket—the pool of unregulated dollar reserves concentrated in the City of London. Moreover, with traditionally marginalized segments of the population in core capitalist countries demanding social, political, and economic rights, and national liberation movements in the periphery overthrowing oppressive governments, calls for expanded role of the state in meeting citizen’s needs dramatically circumscribed global capital accumulation. Pressures for higher nominal wages spawned wage-price spirals. Consequently, the rate of profit fell in core capitalist countries (Dumenil and Levy, 2004: 24).
The globalization of finance became the means for international financial markets to allow industrial enterprise to rebuild the conditions for future profitability. From the 1970’s, activity in financial markets began to rise relative to non-financial economic activity, reflecting not international traded goods and services, but speculative capital flows. Foreign exchange transactions in the world economy rose from $15 billion per day in 1973 to $80 billion in 1980 and $1,260 billion in 1995 (Kotz, 2008). In this sense, the inherent conflict between financial and non-financial capital became relatively obsolete.
Speculative capital flows, however, began to undermine the capacity for the US to guarantee the convertibility of dollars into gold at fixed parity (Triffin, 1960). In 1971, Nixon closed the gold window and loosened capital controls through a serious of unilateral measures, that by 1973 marked the end of the Bretton Woods arrangement and the breakdown of the social structure of accumulation that specifically rested on material expansion.
The deregulation of financial markets established a global market of mobile financial capital, yet Keynesian inspired institutional arrangements remained intact, especially the maintenance of cheap money policy for aggregate demand management. As such, hyper-inflationary crises stemming from labor militancy, coupled with international capital movements, turned real rates of interest negative by the mid 1970’s. Although the US became a financial hegemon (cf. Fields & Vernengo, 2013), so to speak, in the sense that its currency became a global fiat money standard, allowing the US to borrow in international markets in its own currency (and essentially perform macroeconomic policy on a global scale), without the friction of gold, price instability undermined real rate of return. As a result, global commitment to deflationary policies was marked by the appointment of Paul Volker as the chairman of the US Federal Reserve in 1979.
The Volker ‘shock’, as it came to be known, reflected the complete shift from finance subservient to industry to industry subservient to finance with the imposition of fiscal and monetary discipline as the means to constrain the capacity of national governments to pursue expansionary policies (that ultimately favor the working class). The high real interest rates set in motion an increasing financial-market orientation of US-led global capitalism. As interest payments, as a factor in capitalist investment (with respect to expected future earnings), rose substantially from 1980 to 1982, leading to the worst recession (at the time) since the Great Depression, a new organization of capitalism was introduced. Capital would no longer rest on production, sales, and growth, but on a speculative strategy of ‘downsize and distribute’ for immediate short-term maximization of shareholder value (Campbell, 2004; Lozonick & O’Sullivan, 2000).
If the monetary authority increases and maintains high interest rates for long periods of time, then for given nominal wages and given nominal exchange rates, there will be falls in real wage and appreciations in the domestic currency. Tight monetary policy will be sustainable, if, and only if, the depression of real wages is accepted, i.e. there is an absence of real wage resistance, and if exporting industries affected by currency appreciation do not have the power to react. The US was victorious in this capacity through successful attacks on labor, along with institutionalizing the so-called Washington Consensus (cf. Meeropol, 1998; cf. Pollin, 2005).
References:
Campbell, A. (2004): “The Birth of Neoliberalism in the US: A Reorganization of Capitalism.” in A. Saad-Filho & D. Johnston (ed.) Neoliberalism: A Critical Reader. London and Ann Arbor, MI: Pluto Press
Duménil, G. & D. Lévy (2004): Capital Resurgent. Boston: Harvard University Press.
Fields, D. & M. Vernengo (2013): “Hegemonic Currencies during the Crisis: The Dollar versus the Euro in a Cartalist Perspective.” Review of International Political Economy, 20(4): 740-759
Lazonick, W. & M. O’Sullivan (2000): “Maximizing shareholder value: a new ideology for corporate governance.” Economy and Society, 29(1): 13-35
Kotz, D. (2008): “Neoliberalism and Financialization.” Political Economy Research Institute, University of Massachusetts Amherst, mimeo
Kotz, D., McDonough, T. and Reich, M. (1994) (eds.): Social structures of accumulation: The political economy of growth and crisis. Cambridge: Cambridge University Press.
Meeropol, M. (1998): Surrender: How the Clinton Administration Completed The Reagan Revolution. Ann Arbor, MI: University of Michigan Press
Pollin, R. (2005): Contours of Descent: U.S. Economic Fractures and the Landscape of Global Austerity. London and New York: Verso