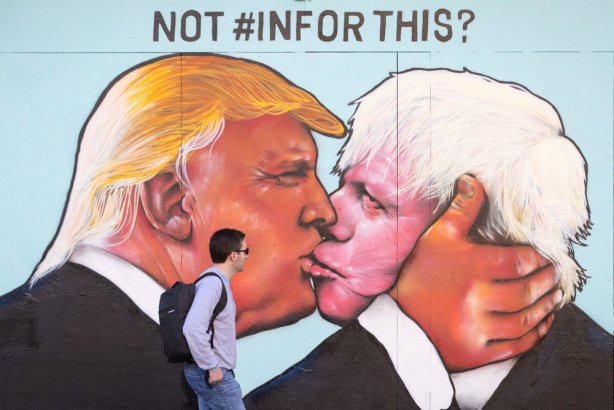 By David Ruccio
It’s clear the British referendum on the European Union was a gross miscalculation on the part of David Cameron, who decided to move ahead with the vote in an attempt to placate the nationalist, anti-immigrant forces inside and outside the Conservative Party. And he lost—by much more than any of us expected.
A couple of issues should then concern us.
First, the fact that the 52-48 result in favor of Leave was so unexpected, not to mention mainstream economists’ overwhelming support for Remain, is a reminder to those of us on this side of the pond that supposedly expert opinion is increasingly unreliable and out of touch. So, even though Trump’s numbers currently favor his defeat, and mainstream economists on this side of the pond have been so dismissive of the kinds of issues raised by Bernie Sanders, we should continue to expect the unexpected and do everything we can both to oppose Trump’s election in November and to continue Sanders’s political revolution.
Second, the British vote is just the latest (but not yet final) nail in the coffin of neoliberal Europe. Europe without a real and vibrant Social Chapter was (in Thomas Friedman’s language) only a “golden straightjacket” to protect European and non-European corporate interests. That transcontinental free-market utopia—after the combination of bank bailouts, austerity, and high unemployment, the costs imposed on Greece (and Spain and Portugal), the unwillingness to treat ordinary people’s concerns about open borders and to humanely integrate war-ravaged refugees, and so much more—now lies in tatters.
The real issue, within Great Britain and the rest of Europe, is whether the Left will be able to reassemble the pieces to create a new “social-democratic internationalism”—a politics that attends to both national concerns (like healthcare, wages, and immigration) and internationalist ones (having to do with such things as debt relief, human rights, and global warming). In Britain, that means forming a demos, under the aegis of the Labor Party, consisting of groups of voters who ended up on opposite sides of the Leave-Remain vote—to defend workers’ rights within Britain while maintaining an internationalist concern with the plight of workers in other countries. It’s the kind of politics outlined by both Richard Tuck (who argued for Leave) and James Stafford (who supported Remain).
That’s important because, notwithstanding the title of my post, we’re far from being after Brexit. The process of Britain’s exit from the European Union is just starting. And while the Tories are engaged in their own internecine battle (which, as Boris Johnson steps forward, may even exceed the spectacle that led to Trump becoming the presumptive Republican nominee), with even more fallout for economic and political elites across the rest of the continent, the British and European left-wing parties and movements have an opportunity to imagine and create the kind of social-democratic internationalism the various countries’ working-classes have long wanted and ultimately deserve.
Originally posted here