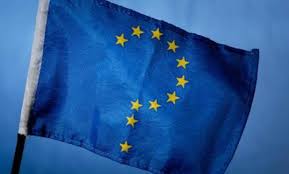 By Robin Hahnel
The “masters of the universe” are shocked and displeased. Increasing numbers of voters are registering their anger, most recently by voting for Brexit in Great Britain. But many who voted for Bernie Sanders and Donald Trump during the recent US primary season were motivated by similar frustrations. And before that, there was Occupy Wall Street, los Indignados in Spain, Syriza in Greece, and other massive protests elsewhere in Europe as well. The reason is simple.
For over thirty years center right and center left political parties and establishment politicians have presided over massive changes in how the global economy functions which empower multinational corporations and a privileged minority at the expense of the vast majority, while creating unprecedented waves of refugees fleeing humanitarian disasters in the Mideast, Mexico, and Central America.
All while the mainstream media and establishment intellectuals pontificate about why these changes were both inevitable and for the good — when the truth is they are neither. More and more people are fed up, and tuning out establishment messengers, while new voices on both the right and left battle over leadership of a growing and disparate army of discontents. What can we say about the most recent manifestation in Great Britain?
There are two major forces driving discontent: Deteriorating economic prospects for majorities, and challenges to traditional cultural hierarchies. The left plays on the former while the right plays on the latter. The right has a coherent program regarding the latter with broad appeal among older ethnic majorities: Re-segregation and restoration of white skin privileges. But the right has no coherent economic program besides blaming ethnic “others.”
The left has a coherent critique of neoliberal economics, and offers some useful alternatives: Stop catering to finance and subject it to competent regulation. Stop pointless fiscal austerity and provide needed fiscal stimulus. And stop dismantling, and rebuild the welfare state. Moreover, this program has broad appeal among the discontented.
But the left has not been able to compete successfully with the right regarding the second source of discontent. If progressive groups campaign for a principled defense of multiculturalism and protecting immigrant rights, they win support from ethnic minorities and some among the young, but they alienate older, majoritarian communities in economic distress. Moreover, the dilemma for the left is even worse. Because the truth is that until a left economic program is won and firmly in place, principled multiculturalism and defense of immigrant rights does further aggravate the economic distress of disadvantaged, majoritarian populations.
It is comical to watch the establishment on both sides of the Atlantic panic over short-run economic damage due to market “over reaction,” because any danger of this is due to their own negligence. Only because the establishment has hitched our economic destinies to the whims of financial markets is there any need to worry that Brexit might trigger yet another global meltdown. Only because the establishment failed to implement prudent, financial regulation in the seven years since the last financial crisis crashed the global economy is there any danger today. Only because the Cameron government and the European Commission responded to the Great Recession with counterproductive fiscal austerity is a return to deeper recession in Europe quite probable. But we can be sure of one thing: All negative economic trends will now be blamed on Brexit and the populist “mob” who brought it on, rather than on the establishment’s neoliberal policies which are actually responsible.
But I suspect the political ramifications of the Brexit vote will be far greater than any economic consequences. Brexit will put more wind into reactionary political sails in France, the Netherlands, and Eastern Europe. But let me comment on two potentially positive political ramifications.
(1) Scotland and Northern Ireland voted overwhelmingly to remain in the EU. I will not be surprised if we soon have a second vote on independence in Scotland which passes. Scotts clearly prefer the EU to the UK now that they must choose one or the other. Moreover, there are strong progressive forces in Scotland strongly allied with the independence movement there. Progressives in Scotland were disappointed that independence was narrowly defeated two years ago. I think they may now get their wish, and support for progressive economic reforms in Scotland will no longer be thwarted by Westminster. I will also not be surprised if Northern Ireland now moves to leave the UK and finally become part of the Republic of Ireland, and thereby become not only a member of the EU but the EZ as well. That is 1000 years of bloody history in the British Isles which may actually be resolved in a sensible, progressive, and remarkably peaceful way!
(2) Brexit is a blow to the leadership of the EZ, EC, and ECB resisting demands for a change in course. Just as it will be seized on by reactionary political parties, left forces will put it to good use. It may be too late for Syriza in Greece. But Podemos in Spain, Die Linke in Germany, and the coalition for change in the EU people like Yanis Varafoukis are trying to mobilize will cite the Brexit vote as a sign of what will eventually become of the EU if there is not a major change in course. This does not solve the dilemma progressive forces in EU member countries face: Should they stay and fight for meaningful reform within the EU? Or should they fight to leave because this EU will never become other than a neoliberal straightjacket? But in either case, Brexit is a blow to the powers that be in Brussels, and adds wind to the sails of progressive forces within the EU as well as reactionary forces, no matter what political strategy progressive forces opt for.
Originally posted here