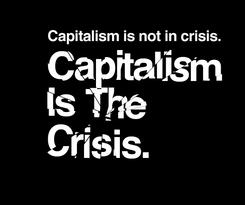 This article was originally posted  on Common Dreams

The recent vote in favor of Brexit is only the latest case of failed conventional wisdom. The often predicted political demise of the crude and narcissistic nationalist, Donald Trump, has so far refused to happen. All the wise voices assured us that the voters would massively reject a self-described democratic socialist as a presidential contender in the US, yet 12 million Democratic primary voters enthusiastically supported Bernie Sanders anyway. And then UK voters confounded the experts who predicted that in the end they would opt for the safety of existing arrangements and reject a leap into the unknown by leaving the EU.

“The neoliberal transformation of capitalism that began in the 1970s gave rise to worsening conditions for working people from the start.”

Analysts point to the effects of globalization and the disappearance of good jobs for working people as the drivers of these and other similar events. However, those are not new developments. Globalization has been deindustrializing the West since the 1970s. In the U.S. wages of non-supervisory workers have followed a downward trajectory since the 1970s. Much of Europe has suffered from high unemployment for many years. Why did it take 35 years to provoke a big reaction from voters?

The neoliberal transformation of capitalism that began in the 1970s gave rise to worsening conditions for working people from the start. However, for 25 years it also promoted economic growth that was relatively stable if not rapid, as well as rising profits. As long as it did so, it was difficult to challenge. The slogan “There is no alternative” had some effect, as the wise voices insisted that anything other the “free market” and unbridled pursuit of profit would be even worse.

However, the financial and broader economic crisis of 2008 made neoliberal capitalism vulnerable in a way it had not previously been. The financial crisis was resolved and the Great Recession ended in 2009, but the previous normal has not returned. The EU economy has wavered between recession and sluggish expansion since 2010. The US economy has grown but very slowly, at 2.2% per year since the end of the Great Recession, while job growth has been too slow to restore a “normal” labor market. Recently the remaining bright stars in the global economy – China, India, Brazil, Russia — have faded.  Despite the recovery of profits and the continuing rapid growth of the incomes of the 1% in the US since 2009, a capitalism that does not bring stable growth becomes politically unstable.

The sharp crisis of 2008 also had a lasting effect on popular consciousness. Ordinary people were outraged as they watched the quick bailout of the giant banks at taxpayer expense while no help was forthcoming for millions of homeowners driven into foreclosure. The free-market individualist ideology of neoliberalism lost its legitimacy. Millions of people became ready to consider radical alternatives to a status quo that is clearly not working even by the standards of a capitalist system.

“Only the emergence of an organized leftist movement with a vision of a different future can hope to put on the political agenda an alternative to the retrograde capitalism of today.”

We are now in a period when the usual predictions are likely to be wrong and the unexpected will happen. This holds the possibility of a brighter future but also the danger of a bleaker one. In most of the world today there is no significant mass-based leftwing political organization. While ordinary people seem ready to opt for a radical change of direction, in most countries the only alternatives have appeared in the form of lone individuals who enter the political arena as mavericks. Trump’s money and media savvy propelled his candidacy, while Sanders’ honest and direct appeal to the real interests of working people from his base as a US Senator won a large following. The desperation among working people to find a new path explains the seemingly illogical attraction to both the right-wing Trump and the left-wing Sanders by some of the same voters.

Dangers lie ahead. Progressive change cannot result directly from a lone leftist’s electoral campaign even if the election is won, given the power of established institutions to block radical change and absorb political challenges. Only the emergence of an organized leftist movement with a vision of a different future can hope to put on the political agenda an alternative to the retrograde capitalism of today. If such a movement does not arise soon, the victories are likely go to the right-wing demagogues.

Trumps’ personal idiosyncracies will probably hand the US presidential election to Hillary Clinton. However, if a President Hillary Clinton follows the policies demanded by her Wall Street backers, the economy will continue to stagnate and working people will continue to suffer. The result will be the likely emergence of a less outrageous and more dangerous right wing demagogue after 4 years. If a mass-based progressive movement does not emerge in the coming years, the future may well belong to the next demagogue. However, if a progressive mass movement does arise, it will open the possibility of finally moving beyond capitalism to an economy directed at meeting people’s needs rather than enriching an elite.