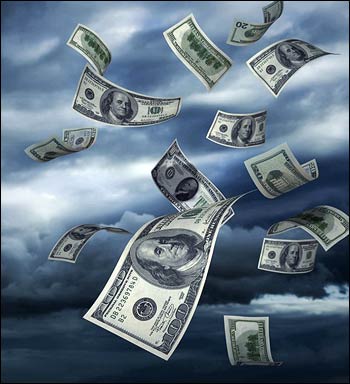 One pole of current debates about U.S. fiscal policy is occupied by the “functional finance” position—the view usually traced back to the late economist Abba Lerner—that a government’s budget balance can be set at whatever level is needed to stabilize aggregate demand, without worrying about the level of government debt. At the other pole is the conventional view that a government’s budget balance must be set to keep debt on a sustainable trajectory while leaving the management of aggregate demand to the central bank. Both sides tend to assume that these different policy views come from fundamentally different ideas about how the economy works.

A new working paper, “Lost in Fiscal Space,” coauthored by myself and Arjun Jayadev, suggests that, on the contrary, the functional finance and the conventional approaches can be understood in terms of the same analytic framework. The claim that fiscal policy can be used to stabilize the economy without ever worrying about debt sustainability sounds radical. But we argue that it follows directly from the standard macroeconomic models that are taught to undergraduates and used by policymakers.

Here’s the idea. There are two instruments: first, the interest rate set by the central bank; and second, the fiscal balance—the budget surplus or deficit. And there are two targets: the level of aggregate demand consistent with acceptable levels of inflation and unemployment; and a stable debt-to-GDP ratio. Each instrument affects both targets—output depends on both the interest rate set by monetary authorities and on the fiscal balance (as well as a host of other factors) while the change in the debt depends on both new borrowing and the interest paid on existing debt. Conventional policy and functional finance represent two different choices about which instrument to assign to which target. The former says the interest rate instrument should focus on demand and the fiscal-balance instrument should focus on the debt-ratio target, the latter has them the other way around.

Does it matter? Not necessarily. There is always one unique combination of interest rate and budget balance that delivers both stable debt and price stability. If policy is carried out perfectly then that’s where you will end up, regardless of which instrument is assigned to which target. In this sense, the functional finance position is less radical than either its supporters or its opponents believe.

In reality, of course, policies are not followed perfectly. One common source of problems is when decisions about each instrument are made looking only at the effects on its assigned target, ignoring the effects on the other one. A government, for example, may adopt fiscal austerity to bring down the debt ratio, ignoring the effects this will have on aggregate demand. Or a central bank may raise the interest rate to curb inflation, ignoring the effects this will have on the sustainability of the public debt. (The rise in the U.S. debt-to-GDP ratio in the 1980s owes more to Federal Reserve chairman Paul Volcker’s interest rate hikes than to President Reagan’s budget deficits.) One natural approach, then, is to assign each target to the instrument that affects it more powerfully, so that these cross-effects are minimized.

So far this is just common sense; but when you apply it more systematically, as we do in our working paper, it has some surprising implications. In particular, it means that the metaphor of “fiscal space” is backward. When government debt is large, it makes more sense, not less, to use active fiscal policy to stabilize demand—and leave the management of the public debt ratio to the central bank. The reason is simple: The larger the debt-to-GDP ratio, the more that changes in the ratio depend on the difference in between the interest rate and the growth rate of GDP, and the less those changes depend on current spending and revenue (a point that has been forcefully made by Council of Economic Advisers Chair Jason Furman). This is what we see historically: When the public debt is very large, as in the United States during and immediately after the Second World War, the central bank focused on stabilizing the public debt rather than on stabilizing demand, which means responsibility for aggregate demand fell to the budget authorities.

We hope this paper will help clarify what’s at stake in current debates about U.S. fiscal policy. The question is not whether it’s economically feasible to use fiscal policy as our primary instrument to manage aggregate demand. Any central bank that is able to achieve its price stability and full employment mandates is equally able to keep the debt-to-GDP ratio constant while the budget authorities manage demand. The latter task may even be easier, especially when debt is already high. The real question is who we, as a democratic society, trust to make decisions about the direction of the economy as a whole.

Related to the topic, see this paper here