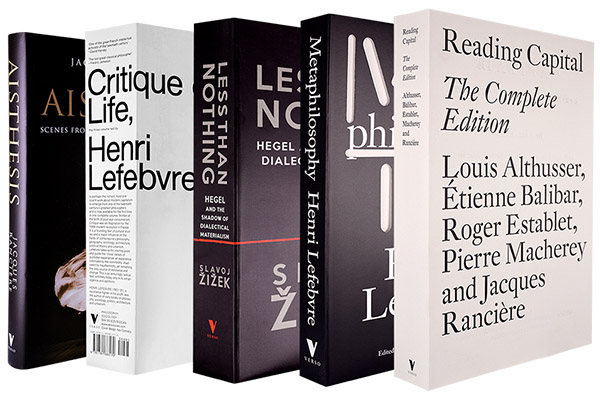 Below is a reading list of selected books from Verso Books Philosophy and Theory collection:

Fossil Capital: The Rise of Steam Power and the Roots of Global Warming by Andreas Malm
The Capitalist Unconscious: Marx and Lacan by Samo Tomšič
Walter Benjamin’s Archive by Walter Benjamin

Fire Alarm: Reading Walter Benjamin’s ‘On the Concept of History’ by Michael Löwy. Translated by Chris Turner
The Beach Beneath the Street: The Everyday Life and Glorious Times of the Situationist International by McKenzie Wark

A Philosophy of Walking by Frédéric Gros

The Sublime Object of Ideology by Slavoj Žižek

Precarious Life: The Powers of Mourning and Violence   by Judith Butler
The Philosophy of Marx by Etienne Balibar
For Marx by Louis Althusser
Ethics: An Essay on the Understanding of Evil by Alain Badiou
See more of Verso Books philosophy/theory reading here.
For those interested in performing a review of any one (or more) of these book for URPE’s flagship journal, Review of Radical Political Economics, please get in touch with David Barkin